Suozzi: "Make Critical Information Regarding Afghanistan Available to the Public and Present a Comprehensive Civilian Strategy to Complement Military Strategy." 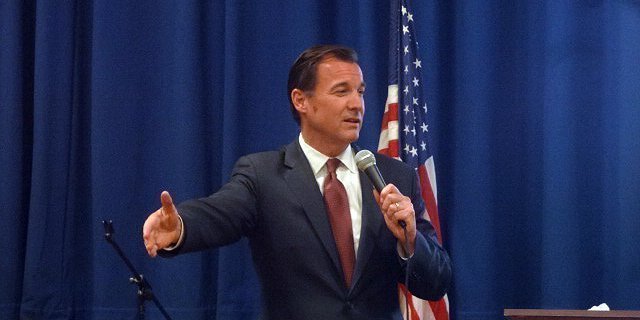 Long Island, NY - January 31, 2018 - Today, Congressman Tom Suozzi (D – Long Island, Queens), called on the Department of Defense (DOD) to publicize “district and population control information” from the Office of the Special Inspector General for Afghanistan Reconstruction (SIGAR) report. The information regarding those areas controlled by the Afghan government and those controlled by the insurgents has routinely been made available to Congress and the public, and shows the “progress” in Afghanistan. The information in the most recent report released last night restricted access to this information.
In a letter to Secretary Mattis and Secretary Tillerson, Congressman Suozzi requested that the Department of Defense declassify “district control information” in the report. In the letter, Suozzi states that he supported the Administration’s decision to increase troops in Afghanistan, “based upon a clear five-point strategy articulated by General Nicholson, Secretary Mattis and Chairman Dunford. This strategy would focus our train, advise and assist mission to:
“The strategy requires transparency so that the public can be properly informed and Congress can fully participate in its oversight role. Restricting the public’s access to important information like population and districts controlled hampers informed participation by the people we serve.  The most important question is “are we making progress?” Without this data, it is difficult to ascertain the answer to that question,” wrote Suozzi.
He added, “after 16 years, nearly $1 trillion dollars, and over two thousand service members killed in action, Americans are rightfully concerned about whether we are making ‘progress’ towards preventing Afghanistan from, once-again, becoming a safe-haven for terrorists.”
Rep. Suozzi is also calling for a comprehensive civilian strategy to build on any military success and establish long-term stability in Afghanistan, including economic development and strong civilian governments that are free from corruption and can protect its population from insurgents.
Rep. Suozzi is a member of the House Armed Services Committee and the House Committee on Foreign Affairs. Last year, he visited troops in Afghanistan, Jordan, Kuwait and the United Arab Emirates.