An Evening with Kal Penn at Adelphi University

Actor Kal Penn will speak at Adelphi University, drawing from his experience in politics and the arts. 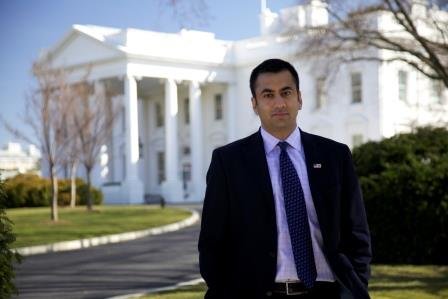 Garden City, NY - January 30, 2015 - Adelphi University will host “An Evening with Kal Penn” on Wednesday, February 18, 2015 at 7:00 p.m. in the Thomas Dixon Lovely Ballroom in the Ruth S. Harley University Center at Adelphi University. Penn has a wide range of experience spanning the arts, politics and education.

Penn is best known for his various roles in film and television. He has had recurring roles on House, 24, and How I Met Your Mother, and is currently filming Battle Creek, a new detective show premiering March 1 on CBS. He hosts The Big Brain Theory, a reality competition to find the nation’s brightest engineer, on the Discovery Channel. Penn is also known for his role as Kumar in the Harold and Kumar franchise and films such as The Namesake.

Although many celebrities have supported politics in various ways, Penn is one of the only actors in recent memory to put his film career on hold to work full time in politics. In 2009, Penn began working full time as the associate director at the White House Office of Public Engagement. During his time, he served as the liaison to Asian-American and Pacific Islander communities and worked on a number of other social initiatives, including ones related to “don’t ask, don’t tell” policy and increasing financial aid.

About Adelphi University
Adelphi is a world-class, modern university with excellent and highly relevant programs where students prepare for lives of active citizenship and professional careers. Through its schools and programs—College of Arts and Sciences, Derner Institute of Advanced Psychological Studies, Honors College, Robert B. Willumstad School of Business, Ruth S. Ammon School of Education, University College, College of Nursing and Public Health and the School of Social Work—the coeducational university offers undergraduate and graduate degrees as well as professional and educational programs for adults. As a nationally-ranked, doctoral research university, Adelphi University currently enrolls nearly 8,000 students from 43 states and 45 foreign countries. With its main campus in Garden City and its centers in Manhattan, Suffolk County, and Poughkeepsie, the University, chartered in 1896, maintains a commitment to liberal studies, in tandem with rigorous professional preparation and active citizenship.