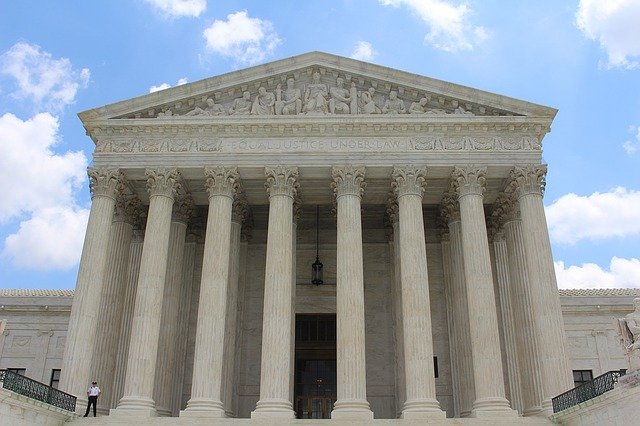 New York, NY - January 23, 2017 - Attorney General Eric T. Schneiderman today announced that he is leading a coalition of 21 Attorneys General in filing an amicus brief urging the U.S. Supreme Court to uphold a Seventh Circuit decision protecting agency fee (also known as “fair share”) provisions in public sector collective bargaining agreements.
The brief addresses Mark Janus v. AFSCME Council 31, a case that will be heard on February 26, 2018, that seeks to overrule 1977 Supreme Court case, Abood v. Detroit Board of Education, which states have relied upon for decades to negotiate labor contracts and ensure labor peace and the efficient provision of government services. The brief argues that the Supreme Court should defer to the States’ judgment on how best to manage their workforces.
“The right to organize is a fundamental American right that has been critical for families across New York,” said Attorney General Schneiderman. “Unions are the backbone of a strong middle class, giving workers the power to lift themselves up and build a better future. The Supreme Court should follow settled precedent and allow states like New York to manage our own labor relations – vital to government efficiency, labor peace, and our long tradition of supporting workers.”
The brief was led by Attorney General Schneiderman and filed by the Attorneys General of New York, Alaska, Connecticut, Delaware, Hawaii, Iowa, Kentucky, Maine, Maryland, Massachusetts, Minnesota, New Jersey, New Mexico, North Carolina, Oregon, Pennsylvania, Rhode Island, Vermont, Virginia, Washington, and the District of Columbia.
The “fair share” provisions in public sector collective bargaining agreements allow a union that has been selected by a majority of covered employees to serve as an exclusive collective-bargaining representative to collect a fee from all represented employees, in order to cover the costs of the workplace services that the union provides. In Abood v. Detroit Board of Education, the Supreme Court held that states may constitutionally mandate such payments as part of a system of exclusive-representation collective bargaining, in light of the important government interests in achieving labor peace and the expenses involved in maintaining the staff expertise necessary to perform collective-bargaining functions.
The plaintiffs seek to overturn Abood. The district court entered judgment in favor of defendants on the pleadings and the Seventh Circuit summarily affirmed, holding that Abood bars the plaintiffs’ claims. The Supreme Court then granted plaintiffs’ petition for certiorari.
The brief filed by the Attorneys General argues that public sector “fair share” provisions are consistent with the First Amendment, and that overruling Abood’s approval of those provisions would disrupt thousands of labor agreements that States have adopted and maintained for decades. All states have a common interest in defending Abood’s deference to state policy determinations, and in preserving the ability of states to adopt the same tested models of collective bargaining that Congress has permitted for private-sector employees.
“In the decades before Abood, many States faced paralyzing public-sector strikes and labor unrest that jeopardized public order and safety. The relative success of state labor-relations systems in preserving public-sector labor peace should not be mistaken for evidence that the leeway afforded by Abood is no longer needed. To the contrary, that success is evidence that Abood works because it confirms that states and local governments have used the flexibility allowed by Abood to adopt policies best tailored to meet their needs in achieving labor peace. That flexibility is no less critical today than when Abood was decided. Now, as before, labor peace secures the uninterrupted function of government itself and is a necessary precondition for the secure and effective provision of government services,” the brief states.
The brief was prepared by New York Solicitor General Barbara Underwood, Deputy Solicitor General Anisha Dasgupta, and Assistant Solicitor General Philip Tisne.
Mario Cilento, President of the New York State AFL-CIO said, “The goal of the Janus case is to take away the freedom of working men and women to have a voice in the workplace. The CEOs and corporate special interests behind this case know when working people join together, they have the power to improve their wages, benefits and working conditions and that is exactly what they are afraid of. We thank Attorney General Eric Schneiderman for having the courage to stand up to very powerful interests on behalf of working men and women, and for understanding and appreciating the important role unions play in protecting the middle class.”
“I commend Attorney General Schneiderman for standing up for the rights of hardworking New Yorkers,” said Richard Lipsitz, President of the Western New York Area Labor Federation. “The union movement provides structure and its goal is to defend the economic interests of all working people. The right to organize and the protection of wages, benefits and positions achieved through collective bargaining are paramount to the interests of working people.”
“New Yorkers have historically bonded on the strength and dignity of our hard-working men and women of the public, private sector and building trade unions. Today we vow to collectively unite and fight for fairness, jobs, freedom and justice,” said Hudson Valley Area Labor Federation’s Executive Officers.
The Attorney General’s Office is committed to protecting workers’ legal rights. To file a complaint, please contact the Office’s Labor Bureau at 212-416-8700 or visit www.ag.ny.gov/labor/complaint-form.