Hot Spots: Weekend Watch on Things to Do Over Holiday Break

Looking for entertainment after Christmas and over the holiday weekend? We have the information you need to plan ahead. 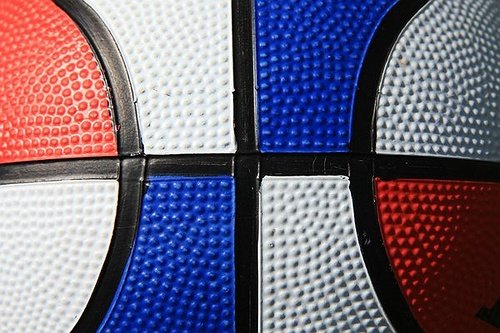 With Christmas landing on Thursday, we decided to get this week’s edition of Hot Spots: Weekend Watch out to you early to help plan for a fun holiday weekend. If you’re looking for things to do the day after Christmas and over the weekend, consider entertainment like the WWE Live Holiday Tour or the Harlem Globetrotters at Nassau Coliseum. If you’re looking for more exploratory activities, check out the Orion spacecraft at the Cradle of Aviation Museum or take the kids to the Maritime Explorium to understand the principles of geometry and design of the Times Square ball. There’s also plenty of film screenings and music entertainment to enjoy. Find the events to stay entertained all weekend long right here with Hot Spots: Weekend Watch!

FRIDAY – DECEMBER 26, 2014
Who: Exploring The Orion Spacecraft At Cradle of Aviation Museum
Info: Come explore the different parts and functions of the Orion spacecraft. The spacecraft was intended for the exploration beyond low-earth orbit and even travelled to Mars.
Cost: Free with Museum Admission
Time & Place: 12PM to 4PM at Cradle of Aviation Museum, Charles Lindbergh Blvd, Garden City – (516) 572-4111

Who: I Ought To Be In Pictures At The Stage Theater In Merrick
Info: Come enjoy this Neil Simon comedy-drama about a 19-year-old Brooklyn native who hitches a ride to Los Angeles to take Hollywood by storm. In the event, she also surprises her father who is a struggling screenwriter who abandoned his family 16 years earlier.
Cost: $21, $18 For Seniors And Students
Time & Place: 8PM at The Stage Theater in Merrick, 2222 Hewlett Avenue, Merrick – (516) 868-6400

Who: Birdman At The Plaza Cinema & Media Arts Center
Info: This black comedy tells the story of an actor (Michael Keaton) – famous for portraying an iconic superhero – as he struggles to mount a Broadway play. Leading up to the play’s opening night, he battles his ego and attempts to recover his family, his career, and himself.
Cost: $9 ($6 For Members)
Time & Place: 4:30PM or 7:30PM at The Plaza Cinema & Media Arts Center, 20 Terry Street, Patchogue – (631) 438-0083