Governor Cuomo announced on Wednesday that the state has received $1 in federal funding to support the state's specialty crop and wine, beer and spirits industries.

New York has received $1 million in federal funding to promote and support the state’s agricultural products.  $200,000 of the funding will go toward spurring the growth of the state’s wine, beer and spirits industry. 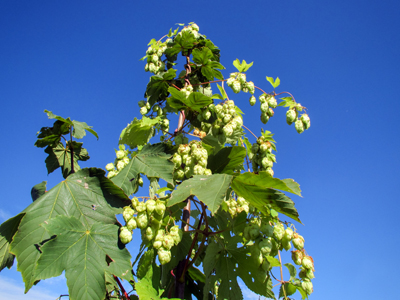 "As part of being an entrepreneurial government, New York is partnering with the private sector to establish our state as a leader in the production of a wide array of goods, from Greek yogurt to craft beer,” Governor Andrew Cuomo said in a statement. “With a robust, diverse agriculture sector, these awards will help our state join together with these rapidly growing industries to create new jobs and spur economic development in all corners of New York.”
The governor held a Wine, Beer and Spirits Summit in October where industry leaders told him that further research and development was needed to continue growing those industries in New York.  The funding was made possible by the Specialty Crops Competitiveness Act of 2004, which authorized the U.S. Department of Agriculture to provide assistance to state for a variety of programs, including research, promotion, marketing, trade enhancement, education and “buy local” programs.
The awardees of the 2012 Specialty Crop Block Grant include various departments of Cornell University and Cornell Cooperative Extension, including the Department of Plant Pathology and Plant-Microbe Biology, which received nearly $400,000 for testing for disease in vines planted in NY vineyards, researching management methods relating to the Phytophthora blight, and the use of fungicides to suppress powdery mildew in plants, among other research lines.
Cornell’s School of Applied Economics received almost $97,000 to examine current labor options and policies on farms in the state, and the Northeast Organic Farming Association of New York, Inc. received $50,522 to fund an intermediate and advanced organic and sustainable crop grower educational program to increase competitveness in the marketplace.
Long Island’s agricultural industries will also benefit from the federal grant.  The Cornell Cooperative Extension of Suffolk County’s Agricultural Stewardship Program received $63,359 to adopt a comprehensive integrated pest management to address pest issues specific to tree fruit grown in Long Island’s maritime climate.
"Grapes, apples, onions, and a host of other specialty crops are a huge part of the Upstate and Hudson Valley agriculture economy, and this federal funding will increase research and development in those fields. Between the frost earlier this year, and the floods last year, New York’s farmers haven’t had an easy go, and that’s why this grant will be critical to help them grow stronger for the future,” Senator Charles Schumer said.
Share your thoughts on this article by posting your comment below or by visiting our Long Island Living discussion forum.