The Associated Press reports that Santa has visited parts of New York and New Jersey a tad early this year in the form of hundred dollar bills. Folks in Staten Island were seen being handed hundred dollar bills by a wealthy Missouri business man who has set aside $100,000 to hand out to those affected by Hurricane Sandy. This past Thursday, the Kansas City Santa Claus was spotted in parts of New Jersey and New York giving away thousands of dollars. 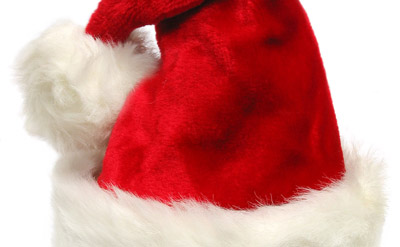 The man’s message is all about giving: “It's about the random acts of kindness. I'm just setting an example, and if 10 percent of the people who see me emulate what I'm doing, anybody can be a Secret Santa!"

A touching highlight from the man’s visit to a disaster center run by volunteers included tearful thanks and immense gratitude. The man, sporting a red beret the word “elf” written on it, was escorted by a security entourage comprised of New York and New Jersey police officers, FBI agents and his own private security force. Some of them firm believers in Secret Santa's cause, they, too, were spotted wearing “elf” hats.

The current Secret Santa decided to take up the mantle after his close friend, Larry Stewart, passed away in 2007. Stewart was the previous Secret Santa and would often hand out hundred dollar bills to those in food pantries, thrift stores and other locations around the holidays. The Memphis mystery man currently performing duties as Secret Santa won’t divulge his identity, nor does he allow his face to be photographed.

This may be the closest we ever get to having a real superhero. He has a motif. A motorcade of committed professionals helping his cause. He’s like Santa Claus mixed with The Shadow. Very mysterious and incredibly interesting, Secret Santa has helped those in New York and New Jersey this Holiday season and improved spirits all around.

Share your thoughts about this article by posting a comment below or by visiting our Long Island Living discussion forum.