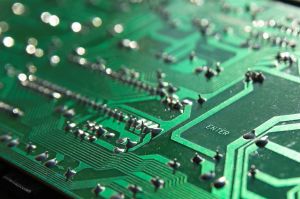 Stony Brook University recently unveiled their state-of-the-art “Reality Deck,” which, though not nearly as exciting as the Holodeck from the TV series “Star Trek,” is plenty exciting in its own right. The facility, meant to enhance an individual’s viewing of medical, engineering and technical issues at a larger-resolution than what would typically be available at any other facility. The “Reality Deck” cost around two million dollars to create, with Stony Brook providing $600 thousand themselves against a $1.4 million National Science Foundation grant.

The “Reality Deck” utilizes over one billion pixels to generate an image that is so high-resolution that scientists will be able to study and understand microscopic imagery better than ever before. Project director Arie Kaufman joked that the entire United States population could take a “class photo” from an orbiting satellite, that’s how incredibly large the facility is. Kaufman added, “there would be enough resolution for each person to be depicted in five pixels in color demonstrating the super-high resolution of the facility.”

The facility could also be used for greater weather studies in the future, something Long Island residents certainly would appreciate in the aftermath of Hurricane Sandy. Along with weather-mapping, the “Reality Deck” offers users the ability to quite literally walk through a series of images, never seeing the same one twice, due to the facility’s massive memory capabilities. The utilization of full-motion video is in the works, as well as a partnership with the next-generation of Google maps.

This sort of facility will only enhance Stony Brook University’s already stellar academic reputation. What exciting developments come from the “Reality Deck” remain to be seen, however; as is often the case with science, all it takes is a brilliant mind to unlock its full potential. Thinking outside the box never hurt, either.

Share your thoughts on this article by posting a comment below
or by visiting our Long Island Living discussion forum.