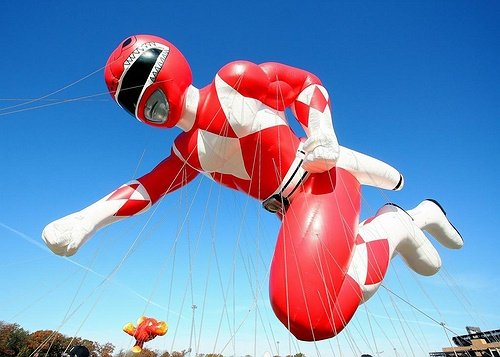 The 88th Annual Macy’s Thanksgiving Day Parade is only two weeks away! On Thanksgiving Day millions of people will either be turning on their television sets, or already lined up along the streets of New York City, ready to catch a glimpse of this year’s parade lineup. From huge floating balloon portrayals of cherished cartoon characters, to performances and appearances by famous stars, this parade is one annual spectacle not to be missed. The parade will be aired on NBC from 9 a.m. to noon on Thanksgiving.

The Macy’s Thanksgiving Day Parade got its start in 1924 but under a different name, Macy’s Christmas Parade. The Thanksgiving Parade was first started by Macy’s employees, many of whom were first-generation immigrants proud of their new American heritage and looking to celebrate; and it even included animals from the Central Park Zoo! Due to overwhelming popularity and success, Macy’s eventually decided that the parade would become an annual event.

Performers this year at the event include Kiss, Taylor Swift, Hilary Duff, Sting, Nick Jonas, Idina Menzel and more! In addition to these famous faces you can also expect to see 12 marching bands, over 1,000 dancers and 1,000 clowns, and of course everybody’s favorite North Pole resident, Santa Claus!

The 2 and a half mile route of the parade will begin at the corner of 77th Street and Central Park West at 9 a.m. The procession will then head south on Central Park West, make a turn at Columbus Circle onto Central Park South, and finally veer south onto 6th Avenue until it makes its way to Herald Square right in front of the iconic Macy’s Manhattan location. The parade procession can last for up to 3 hours.

If you’re thinking of heading into the City early and spending Thanksgiving there, you should go catch a glimpse of the Macy’s Giant Balloon Inflation! The day before Thanksgiving, between 3 p.m. and 10 p.m., you can enter the special balloon inflation areas near the Museum of Natural History beginning at 79th Street and Columbus Avenue.

Before you head into the City be sure to view the new LIRR train schedules in effect Monday, November 17 through December 14.