Hurricane Sandy has forced the candidates to answer the question of federal disaster relief.

Hurricane Sandy has left a mark on this election season in more ways than one.  Both President Obama and his challenger, former Massachusetts Governor Mitt Romney were forced to cancel or delay a handful of campaign stops in key swing states the week before the election as Sandy blew over the East Coast. 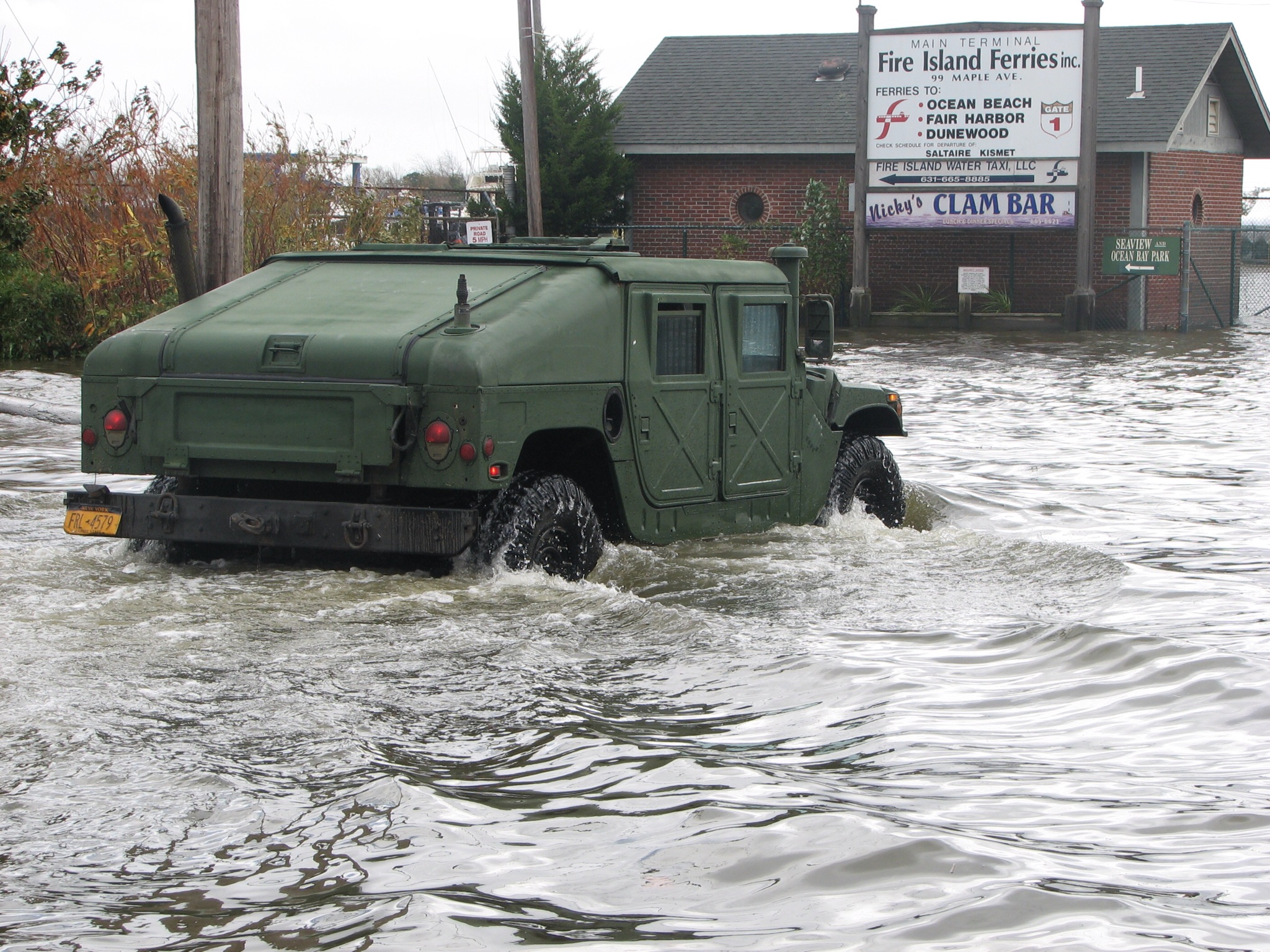 But Sandy’s aftermath, which is already lining up as a major success for President Obama who received praise even from one of his most staunch critics, New Jersey’s republican governor, Chris Christie, may have an altogether different impact on Romney’s campaign.
Romney’s running mate, Paul Ryan (R-Wisconsin), has suggested cutting the Federal Emergency Management Agency’s funding by 43 percent, while Romney has claimed that these types of recovery efforts should be overseen by the states and performed by private contractors.
For the last several weeks of his campaign Romney has dodged questions about his position on FEMA.  In an interview with CNN’s John King, Romney went so far as to suggest that not cutting federal disaster relief was immoral because it continued to increase the national debt.
On Wednesday, however, Romney released a statement on his FEMA position which opposed his earlier views.  “I believe that FEMA plays a key role in working with states and localities to prepare for and respond to natural disasters. As president, I will ensure FEMA has the funding it needs to fulfill its mission, while directing maximum resources to the first responders who work tirelessly to help those in need, because states and localities are in the best position to get aid to the individuals and communities affected by natural disasters,” the governor said in a statement.
New York’s damage is expected to exceed $18 billion according the state Comptroller Tom DiNapoli.  Gov. Cuomo and Senator Charles Schumer have vowed to seek 90 percent reimbursement from FEMA for the cost of recovery in the state, though typically the agency only covers 75 percent of recovery costs.
Both major parties are also accused of avoiding the topic of climate change and it’s impacts on local and national economies.  During a press conference this week, Gov. Cuomo attempted to sidestep the political aspect of the issue by saying that the federal government should be concerned with the frequency of large and dangerous storms like Sandy.  Sen. Schumer was much less hesitant to talk about Sandy in respect to climate change.
Check out our Post-Hurricane Guide for helpful resources in cleaning up after Sandy.
Share your thoughts on this article by posting your comment below or visiting our Long Island Living discussion forum.