Recent sampling of soil on the Bethpage high school campus found the carcinogenic chemical tetrachloroethene, and two other chemicals, tetrahydrofuran and toluene, that are known to affect the central nervous system.  However, plastic sheeting installed for asbestos abatement prevented the toxic chemicals from altering the air quality, which was found to be within state standards. 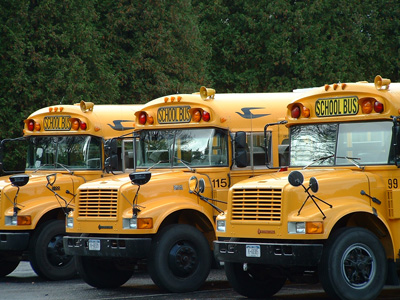 The school is located next to a former Navy and Grumman Corp. disposal site for toxic wastes until 1962.  Chemical waste from aviation manufacturing, as well as solvents, chromium and wastewater sludge were all disposed of at the site fifty years ago. The chemical plume growing under the area, which is now Bethpage Community Park, has been moving steadily south in the groundwater.
According to Department of Environmental Conservation spokeswoman Lisa King, the recent testing showed no problems, and are similar to the conditions found in a 2008 air quality review with no immediate health risks to students or faculty.  Chemical testing was conducted in crawl spaces, first-floor eating spaces and the basement.  Plastic sheeting had been previously installed in underground crawl spaces throughout the school, and is now credited with prevented the spread of the harmful chemicals.
A report produced by Broderick & Associates recommends continued monitoring of air quality in two of the district’s schools.  Funding for the testing may make future testing less frequent that the report suggests, and the DEC and Department of Health have found no need for additional monitoring based on the recent report.
Share your thoughts on this article by posting your comment below or visiting our Long Island Living discussion forum.