Reports say it was a bull shark anywhere from 7 to 12 feet long. 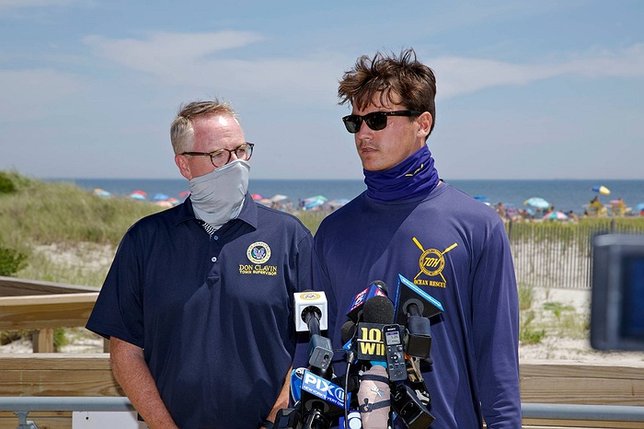 A significantly sized shark was sighted by a Town of Hempstead lifeguard offshore of Lido West Beach on Monday morning prompting officials to close the beach for swimming temporarily at town beaches from Lido West to Civic Beach, according to a statement on the town’s website.

The town said that lifeguards permitted bathers to go into the water “knee-deep” for the remainder of the day.

“The safety of our residents is our top priority,” said Supervisor Clavin. “A shark sighting is a serious concern, and recreational swimming must be temporarily halted for today until lifeguards determine that it is safe one again.”

Lifeguards reported that a shark of about seven to 12 feet long was spotted off Lido West Beach at about 10:15am. Lifeguards said it was about 15 to 20 feet off the shore. Reports say it was a bull shark.

As of Monday evening, there had been at least two shark sightings and swimming remained prohibited at Civic Beach, Lido Beach, Lido West Beach, Town Park Point Lookout and Town Park at Sands, according to the town.

On social media a photo of a sea ray with bite marks washed up on shore has been making the rounds.

Lifeguards said that these were the first sharks seen in the area in four years. The shark was first noticed by a town lifeguard on a surfboard. Lifeguards and Bay Constables have been monitoring the waters.