These tricks are safe and fun enough for your kids to play on one another, and for you to even play on your kids! 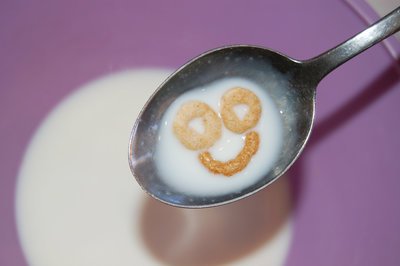 April Fools’ Day falls on this Tuesday, and has been a day for pranks and hoaxes for centuries.  Though the origins of the holiday is unknown, the popular theory is that it originated in France when the country changed its calendar in the 1500s so that the French calendar coincided with the more commonly used Roman calendar, which began in January, whereas the French calendar began at the beginning of spring around April 1.  Though it was a country-wide change, word of the change spread slowly, so many people in rural areas were still operating on the old calendar while others moved on to the Roman calendar. According to the story, these people were referred to as “April Fools,” and had paper fish taped to their backs, since the fish was a symbol for gullible people, as fish are easily tricked and caught.

The paper fish tradition continues in some parts of France, but the prominent tradition has become the act of tricking others through simple pranks and jokes – with some being more elaborate than others, such as the BBC’s infamous 1957 prank when they ran a spoof documentary that claimed spaghetti came from spaghetti trees in Switzerland.  Today, many kids want to get in on the pranks, so here are some pranks that are easy and harmless enough for kids to do, but also fun enough for you to pull on them!

Attach a party popper to a closed door:  Use strong tape, such as duct tape, to tape the popper to the door, and tape the end of the string to the molding. When the person opens the door, they will be in for a surprising pop and shower of confetti!

Wrap a room:  Let your kids go crazy with saran wrap and wrap up all of the items on a desk or counter.  Another variation is to take out the leftover wrapping paper from the holidays and allow them to wrap items in the room with wrapping paper, including chairs, desks, bookcases, and anything else they can find.

Surprise them with food coloring in their cereal: Put a few drops of food coloring in a cereal bowl, then cover it up with cereal.  When someone pours milk into the bowl, they will be shocked by the strange color of the milk.

Paint a bar of soap with clear nail polish:  This simple trick is enough to get anyone frustrated in the shower as they try to work up a lather!

Take a screenshot of your computer’s desktop and set it as the background:  For tech savvy kids, watch whoever uses the computer click around in a frenzy trying to open the icons.

A worm in your apple:  Poke a hole in an apple using a bamboo skewer, and make it round enough to fit a gummy worm so that half of the worm is sticking out, then pack it in a sibling’s lunch bag!