Get ready to pull one over on your kids or help them prank one another this year on April Fools' Day. 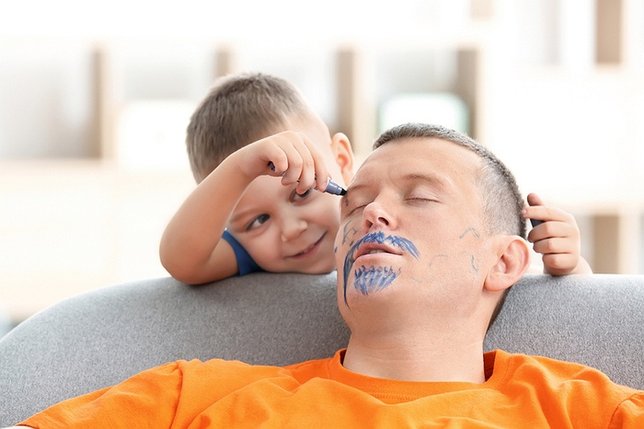 If you live for a good joke – especially when it is on your kids – April Fools’ Day is right around the corner.  April Fools’ Day falls on a Wednesday this year, and could be a great break from the virus talk and exciting for most kids on Long Island.  It is widely believed that the holiday originated in France when the country changed its calendar in the 1500s in order to sync the French calendar with the more commonly used Roman calendar, which began in January, whereas the French calendar began at the beginning of spring around April 1.  Though it was a country-wide change, word of the change spread slowly, so many people in rural areas were still operating on the old calendar while others moved on to the Roman calendar. According to the story, these people were referred to as “April Fools,” and had paper fish taped to their backs, since the fish was a symbol for gullible people since fish are easily tricked and caught.  The paper fish tradition continues in some parts of France, but the prominent tradition has become the act of tricking others through simple pranks and jokes – with some being more elaborate than others, such as the BBC’s infamous 1957 prank when they ran a spoof documentary that claimed spaghetti came from spaghetti trees in Switzerland.  This year, try something new and completely surprise your kids – or help them to surprise one another – with one of these great gags!

Sink Sprayer: Tie a rubber band around the sink spray nozzle so that the handle is pressed down.  When the next person turns on the faucet, they will surely be surprised when they get sprayed!

Eyes Everywhere:  Grab your googly eyes and put them on everything – apples in the fruit bowl, on the microwave, on cups, soap, and toothbrushes.  They will surely get a giggle to start the day off right.

“Grill” Up some Dessert Grilled Cheese: Whip up a fake grilled cheese sandwich that is still edible by buying pound cake in loaf form for bread, and mixing white frosting with some orange food coloring for the melted cheese.  Toast two slices of the pound cake, put the orange frosting in between, and wait to see the look on their faces when they taste something completely unexpected.

Meat and Potato Cupcakes: On the flipside, make cupcakes using ground beef and mashed potatoes as frosting!  Just mix ground beef with your seasonings of choice, put it into cupcake tins and bake until thoroughly cooked.  Put mashed potatoes in a baggie and cut off the corner so that you can pipe it on to the cupcake, then serve for dinner!

Milk Splatter: Make a fake milk spill by coating a ceramic or glass surface with bar soap by rubbing the bar against it to cover the surface and keep the “milk” from sticking.  Then, pour your “milk” – aka Elmer’s glue – over the surface to look like milk splatter.  Let it dry, then peel up the whole splatter in one piece.  Place on top of a laptop keyboard or other expensive items for a big prank with harmless materials.

Play with their Phone: If your kid has a phone, change the language on it so that when they wake up, all of the text on their phone is in Spanish or German.

Repackaged Candy:  Surprise your kids with candies disguised as other candies, like putting a roll of Smarties inside a Tootsie Roll wrapper.

For more pranks, check out our harmless and fun April Fools pranks from last year.