East Quogue’s Johnathan Pearlman constructs sculptures from found objects – lost and collected. Old shoes and wooden wheels, wire and glue are some of the materials Pearlman works with. 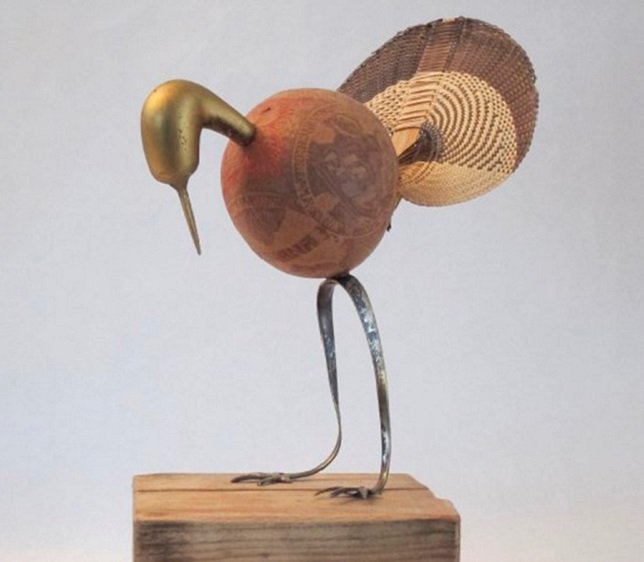 Riverhead, NY - December 23, 2015 - East Quogue’s Johnathan Pearlman constructs sculptures from found objects – lost and collected. Old shoes and wooden wheels, wire and glue are some of the materials Pearlman works with. “I could just as easily be a chef working with leftovers,” Pearlman said.

Pearlman makes what he calls “amusements” and thinks of himself as much a humorist as a sculptor. Yet, his work is very sculptural in many ways following the classic forms of shape and balance and proportion. He’s making things he “sees” rather than knows.

An exhibit of Pearlman’s sculpture and photography by Steven Schreiber will run from January 19 through February 20, 2016 at Suffolk County Community College’s Lyceum Gallery in the Montaukett Learning Resource Center on the Eastern Campus in Riverhead.  A reception will be held on Thursday, January 28 from 4 p.m. to 6 p.m.  Refreshments will be served.

Pearlman has shown extensively throughout the East End since first showing his work at the AES Gallery on Long Island City in 2011, and has had four solo exhibitions and been part of many group shows. He has won several awards in juried and invitational exhibits, including three Best in Showsince 2011  at Riverhead’s The East End Arts Gallery. Pearlman’s work is also represented in many private collections. 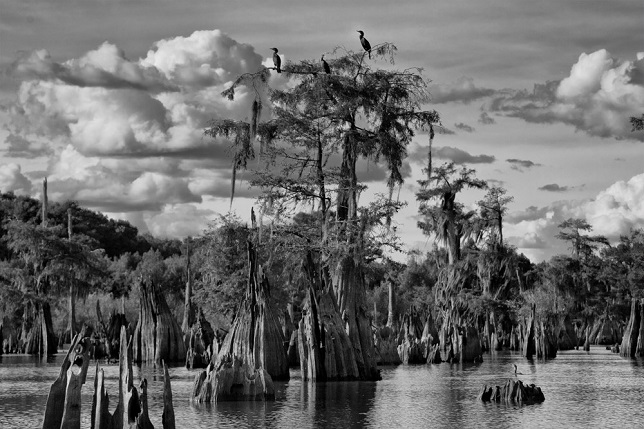 Calverton’s Steven Schreiber began photographing nature in 2002.  His personal approach to visual textures and colors are the signature of his photographic creations.  Using a unique processing technique he developed, he is able to bring an unusual and spectacular perspective to the trees and landscape he focuses on in this stunning series.  Shrouded in a vail of mystery Steven has captured a sense of awe for the ancient Cypress and Tupalow trees from deep in the Dead Lakes Recreation Area in Florida as well as other areas in the Unites States including: Alaska, New York, Virginia, and Pennsylvania.

Directions to the Eastern Campus: Take the Long Island Expressway to exit 70.  Take County Road (CR) 111 four miles to County Road 51.  Turn left toward Riverhead and go north on CR 51.  After 3.5 miles, turn right onto Speonk-Riverhead Road to the campus entrance on the right.  For further information, please call 631-548-2536.