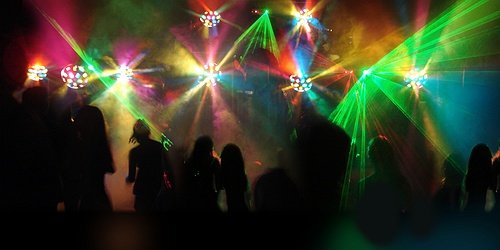 According to the Indictment, the underlying criminal Complaint, and statements made during court proceedings:

In early August 2013, Patrick Morgan sold pills commonly called “Molly,” which contained 3,4-methylenedioxymethamphetamine (“MDMA” or “ecstasy”) and 3,4- methylenedioxy-N-methylcathinone (“methylone”), to three individuals (the “Three Individuals”), including Jeffrey Russ, for their use at an electronic dance music concert in Buffalo, New York.

In mid-August 2013, the Three Individuals pooled their money in order to buy additional Molly pills from Morgan. The Three Individuals intended to consume and distribute these Molly pills at the Electric Zoo music festival. Electric Zoo was a three-day, outdoor electronic dance music festival on Randall’s Island, New York, scheduled to be held from August 30, 2013, through September 1, 2013. Attendance at Electric Zoo was estimated to be over 130,000 people.

On August 30, 2013, the Three Individuals, including Jeffrey Russ, attended Electric Zoo and consumed some of the Molly pills that were purchased from Morgan. Toward the end of the concert on August 30, 2013, Russ collapsed and had a seizure. Russ was treated by emergency medical technicians on Randall’s Island and ultimately taken to Harlem Hospital. When Russ arrived at Harlem Hospital, he was unresponsive. On August 31, 2013, at approximately 3:21 a.m., Russ died at Harlem Hospital from acute intoxication by the combined effect of MDMA and methylone with hyperthermia.

Morgan, 24, of Buffalo, New York, pleaded guilty to conspiring to distribute narcotics, which carries a maximum term of 20 years in prison. The maximum potential sentence in this case is prescribed by Congress and is provided here for informational purposes only, as any sentencing of the defendant will be determined by the judge. Morgan is scheduled to be sentenced on March 13, 2015, at 10:30 a.m., by Judge Ramos.