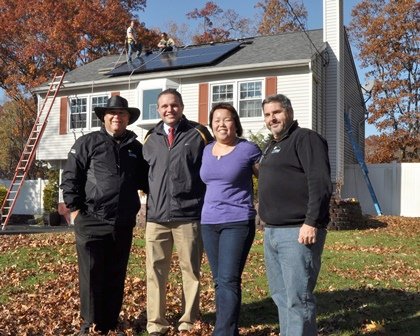 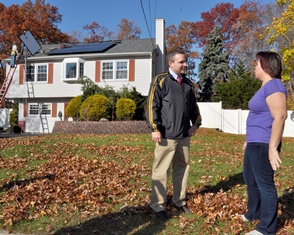 Ms. Tong is among 60 Brookhaven Town residents to have signed on for the Community Solar NY ‘Solarize Brookhaven’ program. It is expected that Ms. Tong’s solar system will offset over 100% of her annual consumption, saving her approximately $50,000 over the system's lifetime. Ms. Tong, a Science teacher in the West Islip school district says, "This is a tremendous opportunity and I am very thankful to the Town of Brookhaven and SUNation. I am excited about adding solar to my home and saving money on my energy bill." 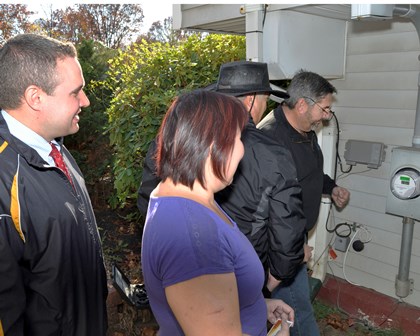 "I am happy to congratulate Linda for being the first Solarize Brookhaven resident to power up, save money and help the environment," said Town of Brookhaven Supervisor Ed Romaine. "This is another example of how the private and public sector can work together to benefit our residents."

SUNation Solar Systems was selected as the designated contractor for the solar installations through the ‘Solarize Brookhaven’ program. Scott Maskin, Co-Founder and CEO of SUNation states, “The ‘Solarize Brookhaven’ project is a shining example of how to run an industry-government partnership. The Brookhaven team did an amazing job coordinating New York State Energy Research and Development Authority (NYSERDA), Suffolk Community College and Renewable Energy Long Island. The SUNation team is proud to be part of the Brookhaven family.”
Mike Bailis, Co-Founder and Chief Sales Officer at SUNation adds, “The Solarize Brookhaven program has been very successful for the Town and its residents. Although the program through Brookhaven Town and Community Solar NY concluded on November 15, SUNation Solar Systems announced its continuation of the savings program. Additionally, the SUNation rebate program also remains in effect. Each Solarize Brookhaven participating homeowner will receive a check for $600 by June 30, 2016.  If another 40 homeowners go solar through this program by December 31, each Solarize Brookhaven participant rebate check could increase up to a total of $1,000!”