Print newspapers have struggled valiantly to keep up with changing trends, ever fighting to acclimate to an ever-changing news landscape where digital news is slowly but surely taking over. 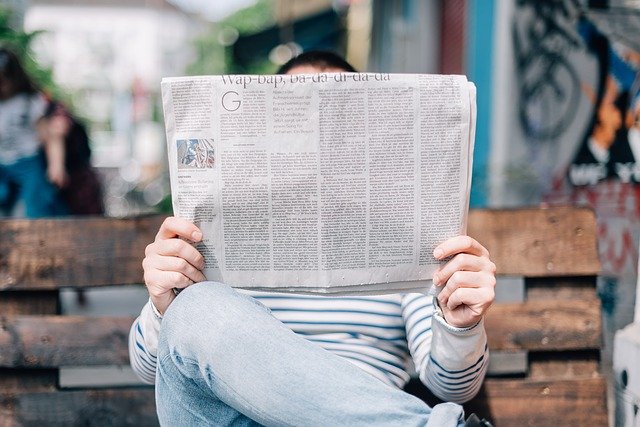 Long Island, NY - November 24, 2017 - For as long as the United States has been a country, people have acquired their news from two main sources- idle gossip, and the print newspaper. And it’s remained that way since the first newspaper was published in the American colonies in 1690, and lasted until the mass integration of the internet into everyday life; when this happened, the news as we know it was forever changed. It wasn’t simply the creation of the Internet that affected the status quo so profoundly; it was when the Internet became portable and readily accessible to nearly everyone via devices such as smartphones, laptops, and tablets that the iconic paper-based news began its slow limp to oblivion, replaced by up-to-the-second digital reports on happenings across town and across the planet.

Print newspapers have struggled valiantly to keep up with changing trends, ever fighting to acclimate to an ever-changing news landscape, with journalism and business acumen going hand-in-hand more so than ever before. Journalism.org noted in a survey that currently 57 percent of Americans cite television as their number one source for news, followed by 38 percent who use online sources; radio and newspapers came up last at 25 and 20 percent, respectively. But the main take-away from that survey is that the digital option is seen as an incredibly fast up-and-comer. In fact, the number of people who acquire news from online or mobile sources has gone up from 54 percent in 2013 to 72 percent; in contrast, newspaper use has fallen 27 percent overall since 2013.

Long Island’s own print newspaper Newsday isn't immune to this problem. According to the Long Island Business News, Newsday is looking at a potential downsizing of their operations in response to changes to the business that could result in a number of layoffs and a possible move to a new, more economical headquarters.

As reported by LIBN, Newsday has been experiencing struggles, including a whopping 24 percent decline in their print newspaper’s circulation in the last three years; Newsday’s current daily circulation hovers at around 229,000, which is a sharp drop from their reported daily circulation of 437,000 in January of 2014. In an apparent effort to consolidate their operations and cut costs, Newsday is currently floating the idea of leaving their long-time Melville base of operations and moving all editorial and business-related staff to a location situated along Route 110, one that would be both less costly and less spacious.

The reason less space would be needed – Newsday’s current headquarters, where they’ve resided since 1979, comes in at 300,000 square feet – is, according to LIBN, that the newspaper is considering outsourcing it’s printing and distribution duties, which is something that Newsday currently handles in-house. With no need for expansive printing presses or loading bays for trucks, Newsday could easily settle into a smaller, more streamlined operation elsewhere on Long Island. Of course, this scenario would entail the loss of a number of union-based printing and trucking jobs, the majority of which would include members of the Teamsters Local 406-C. It is currently not known if there is any consideration of a layoff of editorial or business staff.

Will these fairly drastic changes be enough to offset the lower circulation of the newspaper? And what if it lowers further in the face of increased competition from other news sources, especially Internet-based ones? Newsday does indeed have a significant web presence as well – the majority of which is for paying subscribers only – and reliance on this model may help steer the iconic Long Island newspaper into the new digital age. However, with increased competition in the digital marketplace, it’s sure to be an uphill fight for any media contender – both in local and nationwide news –considering an interesting phenomenon that the internet has created as far as content consumption goes: a growing audience that wants their news digitally delivered, but prefers it for free, proving that simply offering articles on the Internet is not enough to solve all of financial woes.

A number of journalistic organizations have attempted an Internet-only approach to news reporting, but without the proper name-brand recognition and financial backing, many of these groups have failed or been forced to re-examine and change their approach. After all, if people want to be able to open their web browsers and read news stories without paying anything for them, news originations have to find alternate ways of generating revenue; after all, reporters, photographers, and the like usually don’t work for free.

For example, look to Patch, the series of hyper-local news reporting websites originally acquired by AOL in 2009 until they were bought out by Hale Global in 2014. Sure, they’re still around, but not in the form they once possessed. Originally, each Patch site – at their peak, there were over 900 of them nationwide, each concentrating on a specific town or area – was run by an individual editor, and each editor had their own budget for hiring freelancers. Each Patch site reported on numerous local happenings within their jurisdiction, including local crime and community events, businesses, school happenings, governmental meetings, and more.

It proved to be a fascinating model, one whose scope had never been attempted before…and it eventually failed, unfortunately. Patch lost millions because they had overestimated their potential advertising revenue versus their massive payroll expenditures, and soon many sites were closed and staff laid off. The Patch of Hale Global is a different beast today…gone is much of the hyper-local content and individualized reporting, replaced by more regional content and press releases. However, due to downscaling in their services and the changes to their business model, Patch is also reportedly profitable for the first time in their history. Some people lament the loss of the intimate, hyper-local coverage of their communities, but if Patch offered that kind of in-depth coverage with a subscription-based model to offset the costs of doing so, how many of these people would actually want to pay for it?

Obviously, news reporting across all mediums is becoming a tightrope-walking act, and only the most coordinated will continue to succeed. Ultimately, the goal is reporting news to the public in a fair and impartial manner, and the advent of the Internet has made that goal more difficult to accomplish than ever before.