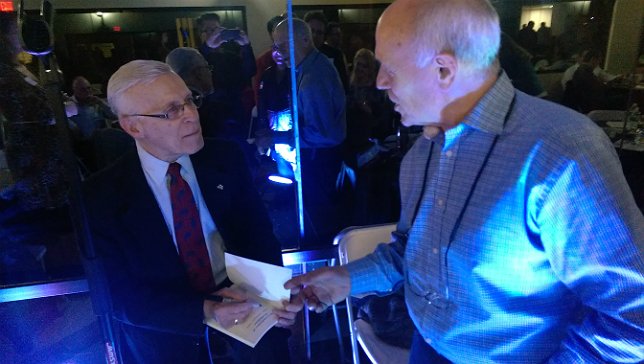 In the cutthroat world of business, everyone and anyone is clawing to find a way to gain an edge over the competition. Success Hub, a platform created by Launchpad CEO Andrew Hazen to “inspire, educate, and motivate” entrepreneurs, presented the East Coast debut of Secret Knock on Nov. 9, an event that was an unquestionable success for all involved. 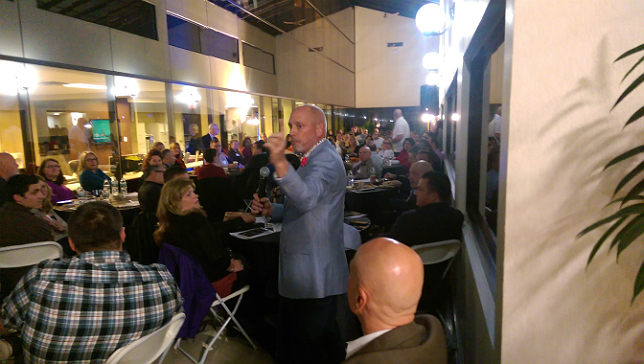 Created by Greg S. Reid, ambassador to the Napoleon Hill Foundation, Secret Knock is an event that touts special guests such as Frank Shankwitz, founder of the Make-A-Wish Foundation, Point-of-sale pioneer Ron Klein, the inventor of the credit card magnetic strip, and Reid  himself – an acclaimed keynote speaker and author – all of whom where up-close and personal at Launchpad’s Westbury headquarters to impart their wisdom to veteran professionals and budding start-ups alike. 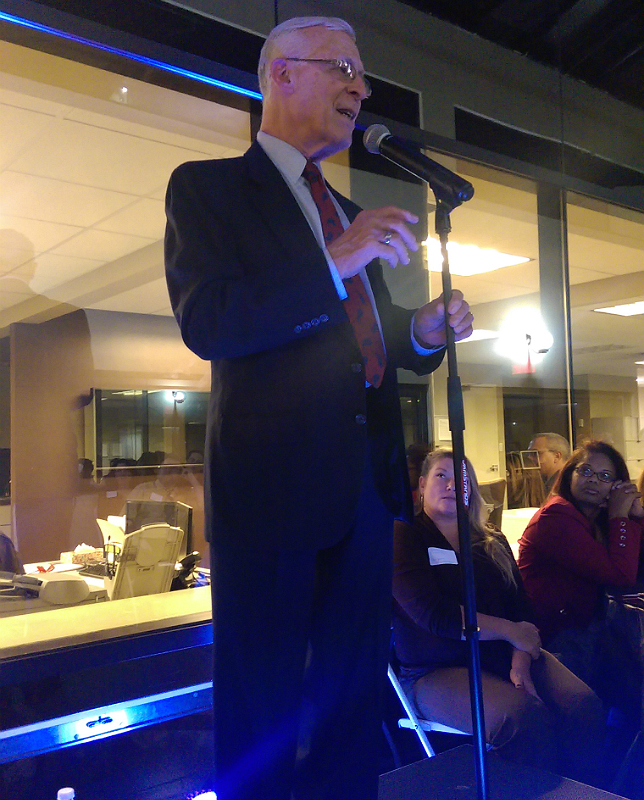 Andrew Hazen – who presented the event in partnership with business associate and realtor Michael Aharoni – was enthused by the reaction to Secret Knock, saying that the esteemed speakers delivered knockout presentations that really left a huge impression on the over 160 attendees, representing businessmen and entrepreneurs from all walks of life. 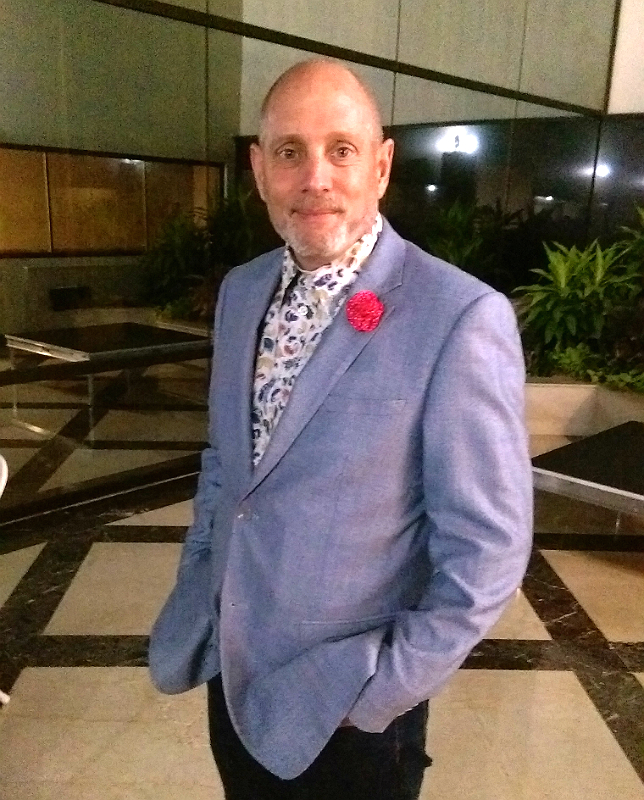 “The event went extremely well...feedback from the attendees on the speakers was fantastic. Everyone seem to leave with a feeling we were hoping to accomplish, which was to be inspired and motivated about taking their business to the next level,” Hazen said. “As far as my impressions of the speakers, I thought Greg was fantastic...he was full of energy, and very professional. I read his book, Three Feet from Gold, and that was one of the reasons why I was excited to bring him out here and have him speak to the Long Island ecosystem. It's because he's a ‘doer’...he came from almost nothing and now he's meeting with some of the most successful people on the planet. Greg made a lot of references to the ‘once I’ excuse…a lot of people will say ‘I'll do that once I do this’ or ‘I'll start that diet once I do that.’ Getting rid of that and just taking action is a very strong part of success. Instead of sitting back in planning and planning, just take action.” 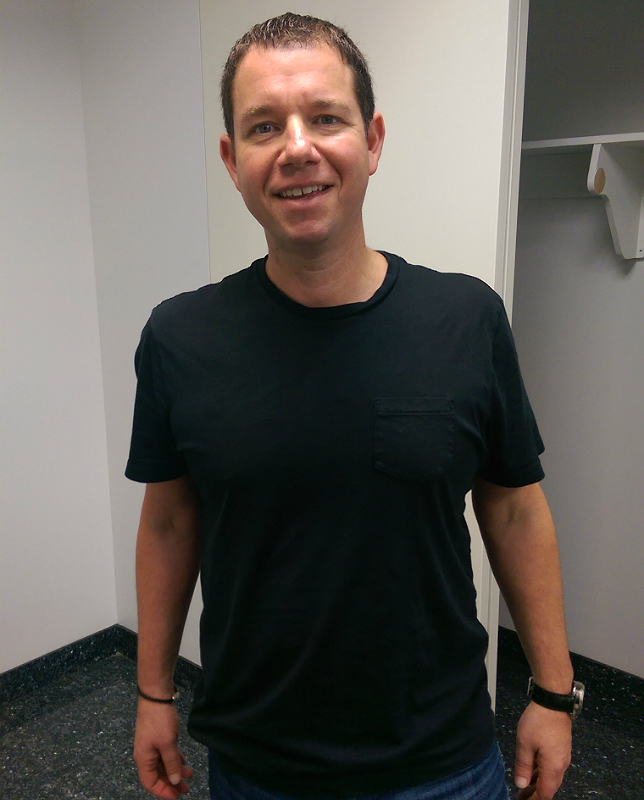 “As for Ron Klein, everyone knows his background,” Hazen continued. “He's the inventor of the magnetic card strip reader, the Multiple Listing Service for real estate, and he told a phenomenal story about this older gentleman who was 81 years old and was making $480,000 a month for 25 years...that really convinced a lot of people in the room that they too can take that next step and achieve their dreams.” 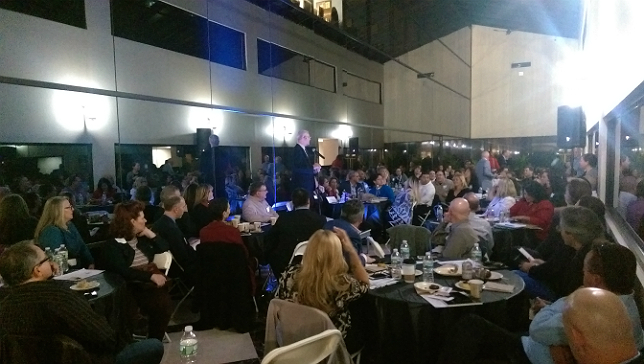 The speakers at "Secret Knock" delivered knockout presentations for the 160+ attendees.

Secret Knock was held in the atrium of LaunchPad’s Westbury building, and consisted of a sit-down dinner followed by interactive motivational talks provided by the three guest speakers, all of whom easily succeeded in captivating the room while dispensing their valuable business acumen. Secret Knock was marketed it to the Launchpad Community and was promoted via Launchpad’s Facebook page, as well as by media sponsors such as LongIsland.com and the Long Island speakers Bureau. 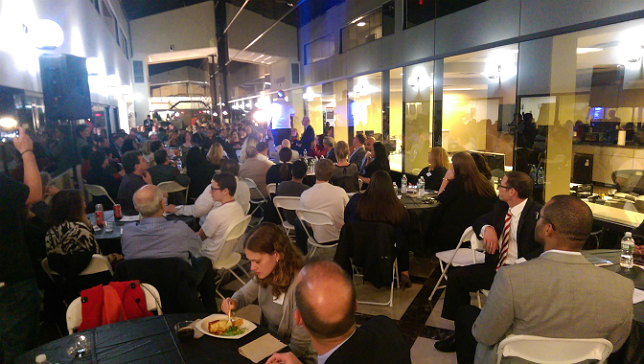 "Secret Knock" was held in the atrium of LaunchPad’s Westbury building, and consisted of a sit-down dinner followed by interactive motivational talks provided by the three guest speakers.

“Through those channels we had over 160 people attend, which I think is great for our first event,” Hazen said. “We would certainly love to have Secret Knock back...this event is normally $2-3,000 to attend on the West Coast, and we only charged $49 a head, so that’s an amazing value.”

Hazen noted that he was encouraged by the extremely positive by the response to Secret Knock by the Long Island business community, and envisioned an expansion of the event next year, ensuring that even greater segments of the population will be able to experience the ability to establish their own footholds while climbing the mountain of success. 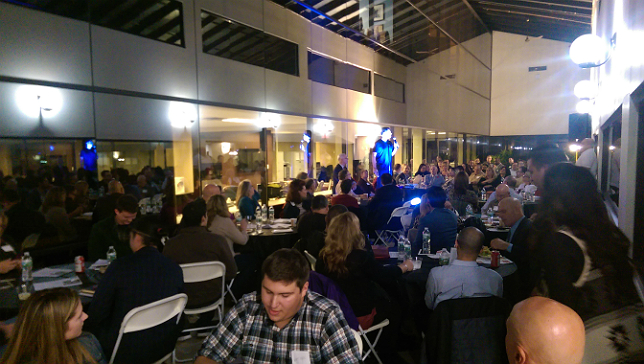 "Secret Knock" was held in the atrium of LaunchPad’s Westbury building, and consisted of a sit-down dinner followed by interactive motivational talks provided by the three guest speakers.

“I would love to do a bigger event next year...I would love to have anywhere from 3 to 500 people, now that we've generated some Buzz,” he said. “I would like to keep the same venue, as Launchpad in Westbury is actually 185,000 square feet, so I think there's other space in the building that might be better suited to this event next year. But in any event, I'm looking forward to it…we're going to get it on the calendar sooner than later, and I'm hoping that the buzz and the conversations that flow from the event will get people really excited about not missing an opportunity to see Secret Knock next year.”