AG’s Prosecution Leads To Guilty Pleas Of Two More Defendants, Including Ringleader “General” Richard Rimbaugh – Who Forfeited Over $7 Million And Faces 3 To 9 Years In State Prison. 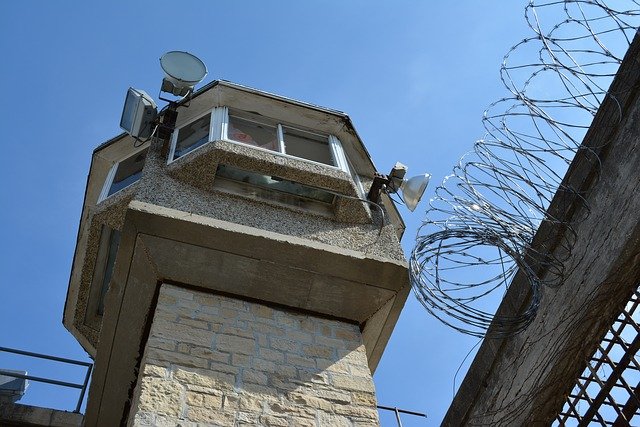 New York, NY - October 25, 2017 - Attorney General Eric T. Schneiderman today announced the guilty pleas of two more defendants for their roles as members of a massive criminal theft and fencing ring that operated in New York and 27 other states across the country – including ringleader, Richard Rimbaugh, who was known as “the General” and now faces three to nine years in prison and the forfeiture of nearly $7.3 million. The Attorney General’s investigation, dubbed “Operation Sticky Fingers’ was one of the largest-ever busts of a retail theft ring.
During “Operation Sticky Fingers,” a ten-month investigation conducted by the Attorney General’s Organized Crime Task Force with support from the New York State Police, law enforcement seized more than 5,300 stolen electronics and ink cartridges from the enterprise’s kingpin, Rimbaugh.
Today, Rimbaugh pleaded guilty to the top counts on the indictment - enterprise corruption, criminal possession of stolen property in the second degree, and money laundering in the second degree. He will be sentenced to 3 to 9 years in prison and forfeited $7,284,557.96 of illegal proceeds. Additionally, George Rapatsouleas, who served as the “Captain” of one of Rimbaugh’s theft crews, pleaded guilty and faces two to six years in prison.
“Our investigation discovered a brazen crime ring methodically stealing millions from stores in New York and across the country,” said Attorney General Schneiderman. “Organized retail theft preys on businesses and ultimately harms consumers, who see the consequences in higher prices. These high-level thieves may have thought that the gravest penalty they’ll face is a low-level shoplifting charge – but the years in prison they’ll now face, along with the forfeiture of millions of dollars, makes clear we won’t hesitate to prosecute these cases to the fullest extent of the law.”
Rimbaugh, of Manhattan, who was referred to by members of the enterprise as the “General”, admitted today that dating back to at least 2012, he instructed several theft crews to steal specific printer ink cartridges, computer software, and other consumer retail electronics based on his ability to resell those stolen goods on Amazon and eBay. Rimbaugh dictated the price that the theft crews would receive for the stolen merchandise, typically paying between 30-50% of the retail value, then resold the stolen merchandise on the internet through his illegitimate business, American Media Soft, which he operated out of his Manhattan apartment. At this location, Rimbaugh received, sorted, catalogued, and shipped the stolen merchandise for resale. Rimbaugh also routinely met with theft crew members to pay them for the stolen merchandise. The crews are charged with stealing millions of dollars in merchandise – including electronic goods and printer cartridges – from Staples, Office Depot, BestBuy, and other retailers across 28 states.
Additionally, George Rapatsouleas, of Brooklyn, NY, also pleaded guilty today to enterprise corruption. He will be sentenced to 2 to 6 years in state prison. Rapatsouleas, who was referred to by members of the enterprise as “Nipplehead”, admitted to serving as the “Captain”, or crew leader, of one of Rimbaugh’s theft crews. As crew Captain, Rapatsouleas was responsible for managing and directing the other members of his crews known as the “Lieutenant” and the “Sergeant”.  Rapatsouleas’ crew systematically traveled across the country, at the direction of Rimbaugh and Athanasatos, who issued credit cards to the crew to cover expenses such as flights, car rentals, and hotels.
Rimbaugh and Rapatsouleas, are scheduled to be sentenced by Judge Maxwell Wiley in New York State Supreme Court  - NY County on December 13, 2017.
The following defendants previously pled guilty:
The charges against the following defendants are still pending:
The charges against these defendants are merely accusations, and they are presumed innocent unless and until proven guilty in a court of law.
The case is being prosecuted by OCTF Assistant Deputy Attorney General Shanon Nicholas LaCorte. Deputy Attorney General Peri Alyse Kadanoff supervised the investigation and runs the Attorney General’s Organized Crime Task Force.