AGs Argue that Latest Ban Has Not Addressed Discriminatory Purposes Of Previous Bans – And Would Continue To Harm States’ Families, Institutions, And Economies. 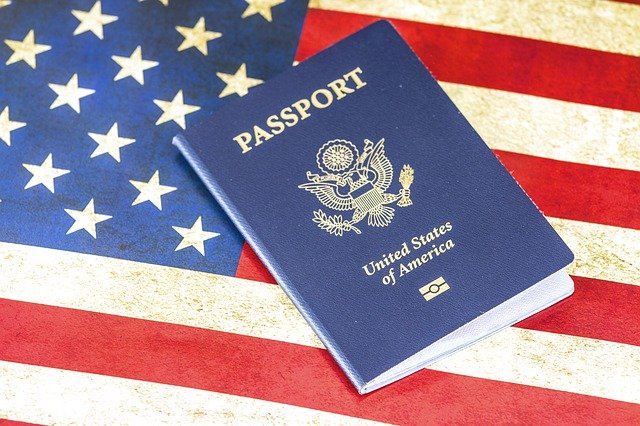 New York, NY - October 12, 2017 - New York Attorney General Eric T. Schneiderman filed a motion for temporary restraining order (TRO) against implementation of President Donald Trump’s third travel ban and amended the original lawsuit to include legal challenges to the latest ban, along with fellow Attorneys General from Washington, California, Maryland, Massachusetts, and Oregon. The challenge was filed in the U.S. District Court for the Western District of Washington.
The Attorneys General argue that the third travel ban does not remove the discriminatory taint of the first and second bans. The majority of the countries designated for travel restrictions in President Trump's September 24th proclamation are majority Muslim, as was the case in the previous two bans. In a transparent attempt to mask the discriminatory and unlawful nature of the latest incarnation of the travel ban, the administration claims the designated countries were selected pursuant to objective analysis. While the eight countries singled out in the third ban were ostensibly picked because they could not provide certain information, the Trump administration’s announcement noted that over 45 countries didn’t meet that criteria – making clear this was far from a neutral process.
“President Trump’s third attempt at a travel ban is still a Muslim Ban by another name – attempting to further the same discriminatory and unconstitutional goals as his first and second bans,” said Attorney General Schneiderman. “This latest ban even applies to people who pose absolutely no plausible terrorist threat, such as young children and grandparents hoping to visit their relatives in the U.S. Since January, our coalition of Attorneys General have successfully beat back these unconstitutional bans. The Trump administration’s continued attempts to discriminate would undermine our states’ families, institutions, and businesses – and we’ll continue to fight back.”
Click here to read the TRO. Click here to read the updated complaint.
While the Supreme Court had previously scheduled oral argument to hear two challenges to the second travel ban, it canceled those arguments following release of the third travel ban. The court instead asked the parties in one case - IRAP v. Trump - to submit briefs addressing whether the latest ban had rendered their claims moot. On October 10th, the Supreme Court dismissed this case for mootness, without commenting on the merits of the claims or the legality of the third travel ban.
The new filing by the Attorneys General explains how the latest travel ban continues the harms described in previously filed declarations by impacted New Yorkers, universities, businesses, and others, and adds a number of new declarations. Click here to read the declarations.
Background on the Third Travel Ban
Multiple lower courts have ruled against aspects of the previous bans that are still reflected in the new ban. The ban still targets Muslims in violation of the Establishment Cause and Equal Protection Clause of the Constitution. The ban still functionally bars travel into the U.S. based on nationality even though federal law – the Immigration and Nationality Act – prohibits discrimination based on national origin. It does so even though this Administration’s own Department of Homeland Security concluded in an internal report that “country of citizenship is unlikely to be a reliable indicator of potential terrorist activity.”
Not only does the new travel ban suffer from some of the same legal flaws as previous versions, it is even more damaging because its restrictions have no end date and almost entirely foreclose entry into the United States by nationals of the designated countries.
Travel into the U.S. by nationals of the six majority Muslim countries (Iran, Libya, Somalia, Syria, Yemen and Chad) is suspended indefinitely. North Korea is also included, though that provision is largely irrelevant because immigration from North Korea to the United States is virtually non-existent and is barred under separate sanctions orders. The order also affects a very small number of Venezuelan government officials and their families, but unlike its impact on Muslim-majority countries, it does not bar travel by anyone else in Venezuela.
The latest ban also exceeds the President’s authority in multiple ways. The latest executive order is essentially a new immigration law. Additionally, Congress has already enacted comprehensive visa and admissibility rules that conflict with the terms of the latest travel ban.
Since January, Attorney General Schneiderman and a coalition of Attorneys General have been on the front lines of the legal challenge to President Trump’s travel bans, filing suit against the first and second bands and filing a number of amicus briefs in support of other challenges to the bans.