The U.S. Department of Transportation is issuing Federal policy for automated vehicles. 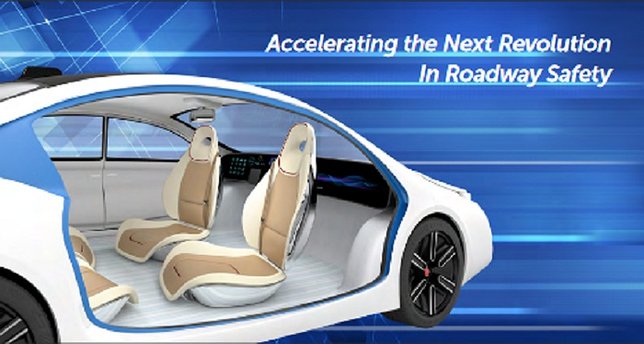 Four-part policy lays the foundation for the next revolution in roadway safety.

Washington, DC - September 20, 2016 - The U.S. Department of Transportation is issuing Federal policy for automated vehicles, laying a path for the safe testing and deployment of new auto technologies that have enormous potential for improving safety and mobility for Americans on the road.

“Automated vehicles have the potential to save thousands of lives, driving the single biggest leap in road safety that our country has ever taken,” said U.S. Transportation Secretary Anthony Foxx. “This policy is an unprecedented step by the federal government to harness the benefits of transformative technology by providing a framework for how to do it safely.”

The policy sets a proactive approach to providing safety assurance and facilitating innovation through four key parts. Vehicle performance guidance uses a 15-point Safety Assessment to set clear expectations for manufacturers developing and deploying automated vehicle technologies. Model state policy delineates the Federal and State roles for the regulation of highly automated vehicle technologies as part of an effort to build a consistent national framework of laws to govern self-driving vehicles. Finally, the policy outlines options for the further use of current federal authorities to expedite the safe introduction of highly automated vehicles into the marketplace, as well as discusses new tools and authorities the federal government may need as the technology evolves and is deployed more widely

“Ninety-four percent of crashes on U.S. roadways are caused by a human choice or error,” said NHTSA Administrator Dr. Mark Rosekind. “We are moving forward on the safe deployment of automated technologies because of the enormous promise they hold to address the overwhelming majority of crashes and save lives.”

The Federal Automated Vehicle Policy released today is a product of significant public input and stakeholder discussions, including two open public meetings this year and an open public docket for comments. The Department is also soliciting additional public comments for the next 60 days on the policy, which is published here. Through a series of next steps and in response to public comments, DOT intends to update the policy annually.

“Public input has been essential to getting this right. There has been a strong call from state and local governments, industry, safety experts, mobility advocates, and average Americans to establish a clear policy for the deployment of automated vehicles on our roads,” said Secretary Foxx. “There are huge upsides and significant challenges that come with automated vehicle technology, and we will continue the conversation with the public over the coming months and years as this technology develops.”

Moving beyond the traditional U.S. auto regulation approach of reactive, post-sale enforcement of safety standards, the policy is a proactive measure. A March 2016 study by DOT’s Volpe notes that current Federal Motor Vehicle Safety Standards do not directly address automated vehicle technologies. Those standards can take many years to develop and are traditionally only put into force after new technologies have made significant market penetration. Instead, the automated vehicle policy envisions greater transparency as DOT works with manufacturers to ensure that safety is appropriately addressed on the front-end of development.

“New technologies developed in the 20th century, like seat belts and air bags, were once controversial but have now saved hundreds of thousands of American lives,” Secretary Foxx said. “This is the first in a series of proactive approaches, including the release of a rule on Vehicle to Vehicle communications, which will bring lifesaving technologies to the roads safely and quickly while leaving innovators to dream up new safety solutions.”

More details about the policy may be found here. A summary of each section of the policy follows:

The primary focus of the policy is on highly automated vehicles, or those in which the vehicle can take full control of the driving task in at least some circumstances. Portions of the policy also apply to lower levels of automation, including some of the driver-assistance systems already being deployed by automakers today.

Simultaneously with this policy, NHTSA is releasing a final enforcement guidance bulletin clarifying how its recall authority will apply to automated vehicle technologies. In particular, it emphasizes that semi-autonomous driving systems that fail to adequately account for the possibility that a distracted or inattentive driver-occupant might fail to retake control of the vehicle in a safety-critical situation may be defined as an unreasonable risk to safety and subject to recall.

The full policy and additional materials can be found here.

Henry Claypool, Policy Director, Community Living Policy Center, University of California San Francisco: “Automated vehicles hold enormous potential to improve the lives of millions of American like me who because of a disability, age, or other condition are not able to enjoy easy access to personal transportation. I applaud the department’s commitment to making sure the benefits of automated vehicles will be shared by all.”

Gen. James T. Conway (Ret.), 34th Commandant of the Marine Corps, Co-Chair of SAFE’s Energy Security Leadership Council: “Through my decades of service in the U.S. Marine Corps, I have witnessed first-hand the staggering burden in both resources and lives that oil dependence places on our military. If deployed properly, driverless cars will significantly increase quality of life for all Americans through improved safety and accessibility of transportation—and will also reduce our over-dependence on petroleum. The Energy Security Leadership Council looks forward to reviewing NHTSA’s recommendations, which are largely aligned with those we put forth in our National Strategy for Energy Security, to enable an ‘innovation-first’ approach that advances this critical technology.”