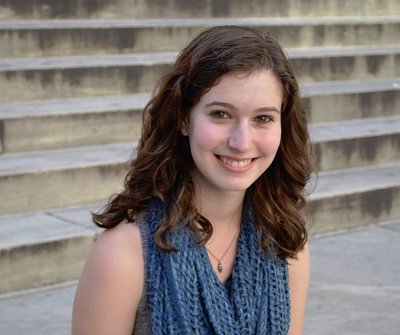 Reno, Nev - September 12, 2013 - Producing highly-qualified professionals, including scientists, engineers and entrepreneurs is critical to maintaining economic productivity in the United States. Public discourse on our nation's competitiveness tends to focus on the needs of low-performing students. As important to our country's future success are the most capable of students, who are reaching high levels of academic excellence and deserve support. Among these high achievers, 20 bright young people named as 2013 Davidson Fellows exemplify the extraordinary work that can be accomplished by U.S. students who are given opportunities to excel.
Two of these gifted students are Harrison Li of Dix Hills, N.Y., with his science project, "Determining Interannual and Spatial Trends in Convective Frequency over the Northeastern United States Based on Reanalysis of Convective Parameters," and Emily Lipstein of Port Washington, N.Y., with her science submission, "An Analysis of the Genetic Variation of Monachus monachus and Its Implications for Conservation." In recognition of their accomplishments, Harrison and Emily will be honored as 2013 Davidson Fellows. Ranging in age from 15 to 18, this year's Davidson Fellows will receive $50,000, $25,000 and $10,000 scholarships from the Davidson Institute for Talent Development, a national nonprofit organization headquartered in Reno, Nev. that supports profoundly gifted youth.
"The Davidson Institute is built on the belief that individuals, who have extraordinary intelligence and talents, when encouraged and supported, can improve the quality of life for us all," said Bob Davidson, co-founder of the Davidson Institute. "We are delighted to recognize a group of resourceful and distinguished young people for their fascinating projects - projects that have the potential to benefit society."
Harrison Li, age 15, created statistical models that attempt to predict the occurrence of convective thunderstorms in different regions of the Northeastern United States based on certain atmospheric variables. This work represents an important step in understanding how the frequency of thunderstorms will change in the future as a consequence of climate change.Harrison is a rising senior at Ward Melville High School. He is leaning towards a college major in applied mathematics.
Emily Lipstein, age 17, focused her project on the Mediterranean monk seal. The Mediterranean monk seal is critically endangered and genetically non-diverse due to a surge in seal mortalities over a short period of time. Emily analyzed inherited portions of repeats (microsatellites) in DNA from 95 Grecian seals in order to quantify that population's genetic variation. Her study provides scientific backing for conservation efforts to keep existing populations safe and promote the reemergence of the species in the Mediterranean Sea. Emily attends University of Chicago as a biology major with the possibility of a double major in political science and minor in English creative writing.
About the Davidson Institute
Founded by Bob and Jan Davidson in 1999, the Davidson Institute for Talent Development recognizes, nurtures and supports profoundly intelligent young people, and provides opportunities for them to develop their talents to make a positive difference. The Institute offers support through a number of programs and services, including the Davidson Fellows program and The Davidson Academy of Nevada. For more information about the 2013 Davidson Fellows, please visit www.DavidsonGifted.org/Fellows.
The Davidson Fellows Scholarship program has more than $5 million in scholarship funds to 226 Fellows since its inception in 2001, and has been named one of the most prestigious undergraduate scholarships by U.S. News & World Report.
2013 Davidson Fellow Laureates
$50,000 Scholarships
2013 Davidson Fellows
$25,000 Scholarships
·         Mr. Thabit Pulak,17, Richardson, Texas; Home-based Arsenic Bio-sane Water Filter and Rapid Arsenic Water Test using Nanotechnology
·         Mr.David Steinberg,16, Rancho Palos Verdes, Calif.; The Pre-Shortzian Puzzle Project