Foundation works with companies that specialize in security technology to get safety measures installed into Long Island schools at no cost whatsoever to the school districts. 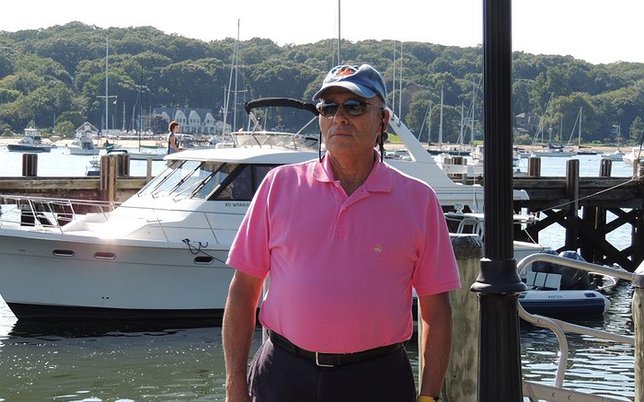 Long Island, NY - August 29, 2018 - In today's environment of ever-increasing paranoia amid school shootings that seem to occur on a disturbingly regular basis, one not-for-profit group located on Long Island is doing what they can to promote and provide safe environments for our children in which to learn and grow.
The Atlantic Foundation was founded by Allen Fritz of Dix Hills in 2000 as the Atlantic Credit Foundation, a non-profit credit counseling agency. But in February of this year Fritz, inspired by reports of the tragic Parkland, Florida School shooting that left 17 dead, reinvented the organization as an advocate for school security. Now, the Atlantic Foundation’s stated goal is to work with elected officials, law enforcement, corporations, and school districts in order to end school shootings and ensure safety and security for students everywhere.
“On February 14th, they had that terrible shooting in Parkland, and the teacher that was shot there went to the same school that my kids went to, which is Half Hollow Hills here in Dix Hills. On the 28th of February, I decided that I would do something about it,” he said. “I'm seeing a lot of these kids in Parkland conducting marches and saying they want to elect different people into office to create change, which is all well and good, but it could take a year or two for that to happen. But in the meantime, something has to be done today. And that's why I got involved.”
To that end, the Atlantic Foundation is working directly with a number of reputable companies that specialize in security technology, including a metal detector manufacturer whose wares are installed at the White House and utilized by the U.S. Secret Service, the vast majority of American airports, the Federal Bureau of Prisons, and just about every sport stadium and arena around. Fritz is working with these manufacturers to get metal detectors, ballistic glass, surveillance cameras, armed security guards, safe rooms and more installed into every Long Island school that wants or needs them, at no cost whatsoever to the school districts themselves.
As a charitable organization, the Atlantic Foundation utilizes donations acquired by their GoFundMe page in order to supply school districts with these this vital security equipment.
The metal detectors are specifically designed for schools and similar locations, Fritz said, ensuring that common personal items such as cell phones and keys will not set the devices off; the systems are designed specifically for detecting weapons, and can be programmed to directly alert authorities in the event that they triggered. Therefore, students are ensured quick and easy access to school grounds and facilities with the assurance that potentially dangerous items will not be coming in with them.
Fritz noted that the Atlantic Foundation takes every step to maintain transparency, and said that anyone that donates will be able to find out exactly how each and every dollar the organization takes in is utilized. In addition, clear channels of communication are always open should a donor wish to express a concern or an opinion about a specific school district at which they would like to have security measures installed.
Fritz has been approaching school districts about working with them on their security needs, but thus far fundraising efforts have been hampered by fact that the Atlantic Foundation is still in its infancy. The goal, he said, is to continue working hard while establishing trust, starting on Long Island-based school districts but eventually, he hopes, encompassing the needs of any school district nationwide that needs assistance with their security needs.
“I'll do anything, I don't really care as long as it deals with school security I'll do anything to help enhance it,” he said. “A lot of school districts now have money put aside for more security, but if they can take that money and use it for education instead of security that would be better used, as far as I'm concerned. Education is great, but security is a different story, and that's where I want to help.”
With countless lives needlessly lost over the years and an atmosphere of fear enveloping students who are merely trying to learn, Fritz wants youngsters to know that the Atlantic Foundation is working tirelessly to reverse the course of violence in our nation's schools, until the day comes when students no longer have to worry about being the next horrific statistic reported on the news that evening.
“There are shootings in every state of the union, unfortunately. It’s very easy to get access to guns, and we can't get the guns away from the people so we want to make sure that the guns can't get into the schools...we can certainly take care of that business,” he said. “Just like you don't think that when you go to a church or a temple that you're going to get shot and killed, the same thing holds true when you go to school, but this is what happens nowadays. It's terrible, and I want to make a difference.”
To find out more about the Atlantic Foundation, visit their website and their GoFundMe page.