The award-winning director of ‘The Catcher Was a Spy,’ Ben Lewin, is Tom Needham’s special guest this Thursday at 6 PM on ‘The Sounds of Film.’ 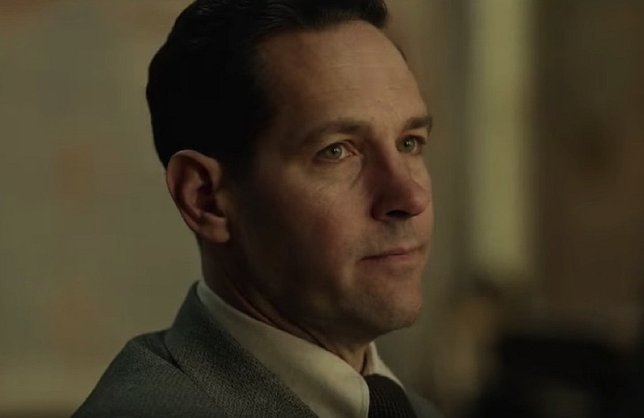 Paul Rudd in IFC’s ‘The Catcher Was a Spy.’

Stony Brook, NY - July 3, 2018 - Acclaimed director, Ben Lewin, is Tom Needham’s exclusive guest this Thursday on WUSB’s ‘The Sounds of Film.’ He is going to be discussing his new IFC film, ‘The Catcher Was a Spy,’ which features an all-star cast of Paul Rudd, Jeff Daniels, Paul Giamatti, Sienna Miller, and Guy Pierce.
‘The Catcher Was a Spy’ tells the true story of Morris “Moe” Berg (Paul Rudd), the Major League Baseball player and top-secret spy who helped the U.S. defeat Nazi Germany in the race to build the atomic bomb. The film, written by the Academy Award-nominated screenwriter of ‘Saving Private Ryan,’ Robert Rodat, was an Official Selection at the 2018 Sundance Film Festival. The movie also features a brand new score from Academy Award-Winner, Howard Shore.
Ben Lewin is an internationally recognized director from Australia. He is known for his films ‘Georgia,’ ‘The Favour, The Watch and The Very Big Fish,’ and ‘The Sessions.’ His film, ‘The Sessions,’ won the Audience Award at the 2012 Sundance Film Festival.
About the Sounds of Film
‘The Sounds of Film’ is the nation’s longest running film and music themed radio show. For the past 30 years, the program has delivered a popular mix of interviews and music to listeners all over Long Island, parts of Connecticut, and streaming worldwide live on the internet. Past people interviewed for the show include Mike Leigh, Simon Curtis, Kenneth Lonergan, Michael Moore, Alexander Payne, Wallace Shawn, Jordan Peele, Rob Reiner, Ernest Dickerson and Gillian Armstrong.