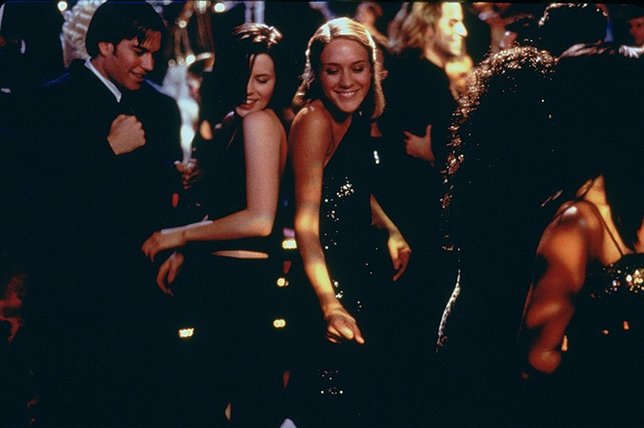 Stony Brook, NY - May 29, 2018 - Director Whit Stillman is Tom Needham’s exclusive guest this Thursday at 6:00 PM on WUSB’s ‘The Sounds of Film.’ He is going to be discussing the 20th anniversary of ‘The Last Days of Disco.’ The show is also airing encore interviews with disco legends Nile Rodgers and KC and the Sunshine Band’s Harry Wayne Casey.
This summer marks the 20th anniversary of Whit Stillman’s disco era classic ‘The Last Days of Disco.’ The film follows the misadventures of a group of twenty-something college graduates navigating the early-80’s disco scene.  The film features young workers in the publishing and advertising worlds who suffer growing pains and melancholy related to the end of a special era.  The film stars Chloe Sevigny, Kate Beckinsale, Robert Sean Leonard, Jennifer Beals and Chris Eigerman. The successful soundtrack features music by Diana Ross, Sister Sledge, The Ojays, and Cheryl Lynn.  The film is available on Criterion’s Blu-ray and DVD and is going to be screened nationally at select theaters to mark its 20th anniversary.
‘The Sounds of Film’ is also featuring encore airings of Tom Needham’s interviews with music legends Nile Rodgers and KC and the Sunshine Band’s Harry Wayne Casey. Nile Rodgers was recently inducted into the Rock and Roll Hall of Fame. He is a record producer, songwriter, composer, arranger and guitarist. His band Chic is responsible for some of disco’s most influential hits including “Good Times,” “Le Freak,” and “Dance, Dance, Dance.”  KC and the Sunshine Band are also one of pop music’s most successful groups. Their music has been featured in over 200 film soundtracks.  Some of their many hits include “That’s the Way (I Like It),” “Get Down Tonight,” and “Shake Your Booty.”  The Sounds of Film is going to be playing music from Nile Rodgers, KC and Sunshine Band, and “The Last Days of Disco Soundtrack.”
About the Sounds of Film
‘The Sounds of Film’ is the nation’s longest running film and music themed radio show. For the past 30 years, the program has delivered a popular mix of interviews and music to listeners all over Long Island, parts of Connecticut and streaming worldwide live on the internet. Previous guests include Dionne Warwick, James Mtume, Freddie Jackson, Hal Hartley, Alexander Payne, Mike Leigh, Kenneth Lonergan, Cheech and Chong, and Yance Ford.