More than 2,600 sailors, coast guardsmen, and marines are expected to attend the week-long celebrations 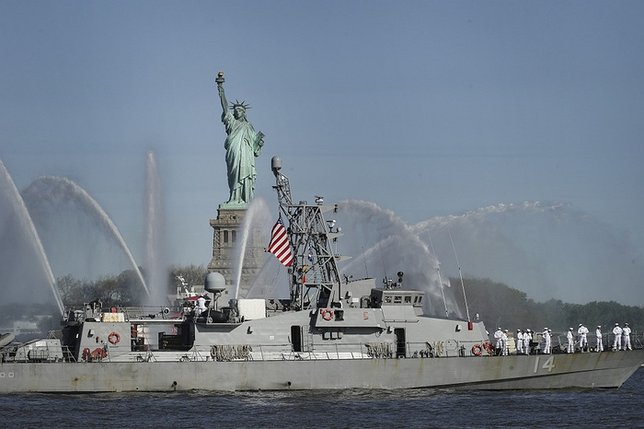 The annual Parade of Ships takes over the New York Harbor, kicking off with a week of festivities as Marines, sailors and Coast Guardsmen descend on the region. There was an 11 gun salute at Fort Hamilton in Brooklyn.

Hundreds of servicemen and women in the Armed Forces manned the rails of their ships as they sailed into New York City, up the Hudson River. The arrival of the ships officially kicked off the U.S. Navy's Fleet Week New York festivities.

The public can enjoy activities at the Intrepid Sea, Air & Space Museum including free activities, pop-up planetarium shows, tours of Naval and Coast Guard vessels, live performances on Pier 86, a free screening of "Top Gun" on the flight deck and the annual Memorial Day commemoration ceremony.

The U.S. Navy has staged the annual recruiting event almost every year since 1984 to offer civilians a firsthand look at America's floating military might and a chance to meet some of the men and women who make up the world's most powerful seaborne fighting force.