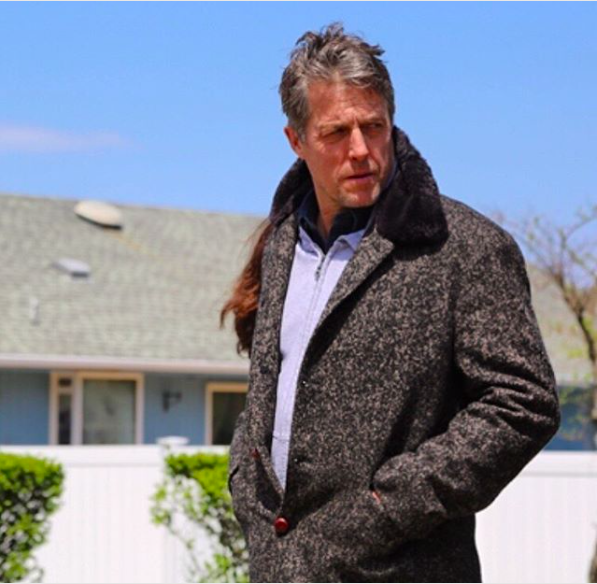 Once again, it was lights, camera, action on the North Fork as trailers and trucks lined up on Rocky Point Road in East Marion for the filming of a new HBO series. According to crew on the set, the series is called "The Undoing.” A post on HBO.com said the project, which features Nicole Kidman and Hugh Grant, marks a reunion between Kidman and "Big Little Lies" creator David E. Kelley. The series is directed by Suzanne Bier; no debut date is available, according to Anne Reilly, vice president of media relations for HBO.

"The Undoing," she said, is a limited series based on the book "You Should Have Known" by Jean Hanff Korelitz. Also featured in the cast are Donald Sutherland, Edgar Ramirez, Lily Rabe, Ismael Cruz Cordova, Matilda DeAngelis and Noma Dumezweni.

The story focuses on a successful therapist, Grace Sachs, played by Kidman, the post said. "On the brink of publishing her first book, Grace has a devoted husband, Jonathan, played by Grant, "and young son who attends an elite private school in New York City. Weeks before her book is published, a chasm opens in her life: a violent death, a missing spouse, and, in the place of a man Grace thought she knew, only a chain of terrible revelations," the post said.

"David has created another propulsive series with a fascinating, complicated female role at its center," Kidman said, in the HBO post. Filming is expected to continue Wednesday in East Marion. Kidman has filmed on the North Fork in the past: In 2007, she delighted fans who waited for hours for a glimpse as she filmed a scene at the Long Island Rail Road station in Greenport for "Margot at the Wedding."

A film crew also flocked to Greenport in March to shoot scenes for a new TV pilot, "Emergence." According to Jude Donnelly, transportation co-captain on the scene, the pilot was directed by well Paul McGuigan, a Scottish filmmaker and director who's known for films including "Lucky Number Slevin," "Gangester No. 1" and "Push," and episodes for TV series including "Sherlock," "Smash," "Monroe," and "Scandal."

Starring in the pilot are Allison Tolman of the TV series "Fargo," and Clancy Brown, well-known for his roles in films including "Highlander," "The Shawshank Redemption," and "Starship Troopers," Donnelly said. Some child actors will also be featured, he said.

The crew was taping an NBC pilot that's being produced by ABC/Disney, Donnelly said. No actors filmed in Greenport for that project, however; only the "establishing shots" were filmed in the village.. However, staffers on the scene said they'd likely be back if the pilot gets the green light.