100 Black Men Health & Wellness Chairman featured on Fios1’s. The logo of the organization stands for a broad group of men who have exemplified excellence in a variety of structures coming together to give ... 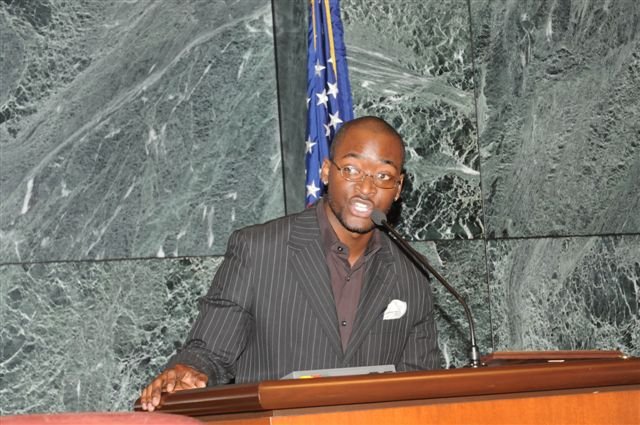 The logo of the organization stands for a broad group of men who have exemplified excellence in a variety of structures coming together to give 100 % effort to improve our community.   Mentoring is considered to be the crown jewel of the organization, and one of our national models is “What they see they’ll be”!  Sustainability of creating success across many generations is a key index of the impact of our mission.

About: Kevin Byrd grew up in Utica, attended local schools and graduated from Proctor High 1998. After graduating high school he visited his grandparents in  Los Angeles, California he decided to compete in a talent contest and won. But instead of signing a contract with any number of agents who wanted him, he decided to return to the East Coast and earned his degree from Long Island University.

A very ambitious youth, Kevin always had a job. Either delivering papers, or mowing lawns, working at nursing homes or funeral homes, Kevin has always been focused and diligent.

Kevin Byrd’s work in February 2012 (for Black History Month) was honored and entered into the Congressional Record on February 2nd, 2012 by Congresswoman Yvette D. Clarke, and recognized his annual Prostate Cancer Awareness Observance Day Globally. Byrd has been honored by over 100 International Mayors/Government officials across the World and has earned more than 150 Proclamation Awards.

Lt. John R. Fox a WW II hero who killed 100 German Soldiers in the war died in action, and was posthumously awarded the Congressional Medal of Honor five decades after his heroic acts by President Clinton. The documentary earned an Emmy/NAMIC Vision Award Nomination and garnered great reviews. The likeness of Lt. John R. Fox was transformed into a G.I Joe Action Figure by Hasbro the summer of 2008.

Kevin Byrd in July 2008 starred in the Hit Bollywood Movie by Award Winning movie producer/director Manan Kathora called “When Kiran Meets Karen” and was the only African-American male actor who starred in the movie; which garnered national great media reviews.

Byrd also starred as the cover model for the best-selling paperback novel, “Things In Between” by Nathanial Portis, distributed in book stores nationwide including Barnes and Nobles and sold over 100,000 copies.