The William Floyd School District was recently named a “District of Distinction” by District Administration Magazine, a district-level publication for leaders in K-12 education. 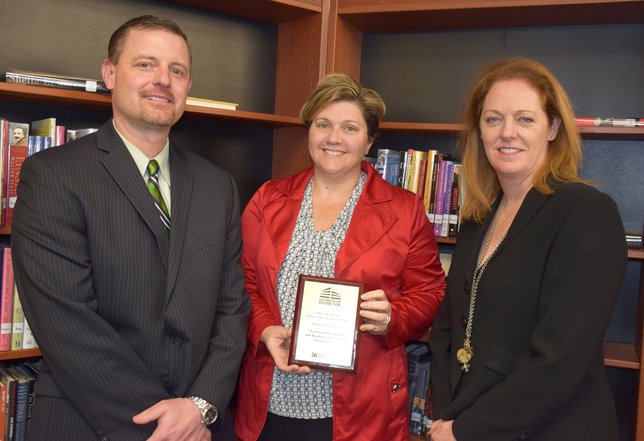 Mastic Beach, NY - March 22, 2016 - The William Floyd School District was recently named a “District of Distinction” for March 2016 by District Administration magazine, a district-level publication for leaders in K-12 education that showcases effective and innovative programs from districts across the nation that can serve as models for replication.

William Floyd was selected as one of 33 school districts for March 2016 for “Differentiated Professional Development for Teachers” in which teachers with skills in certain areas were tapped to become teacher leaders and provide training to their colleagues.

Results revealed that teachers met their guidelines for teaching objectives more often. Additionally, off-task behavior for students has been cut in half while engagement, which is defined as overt behavior leading to the accomplishment of an objective, increased by 56 percent.

The district was nominated for this honor by William Floyd High School Principal Barbara Butler.

“The work we are doing at William Floyd High School is groundbreaking,” said Mrs. Butler. “This has been a multi-year project in which teachers have been working incredibly hard to move through the various stages of professional development. There is clearly a change in instructional practice that has taken place and the teacher leadership that has resulted has been an unintended yet positive consequence of this initiative. I am extremely proud of the staff.”