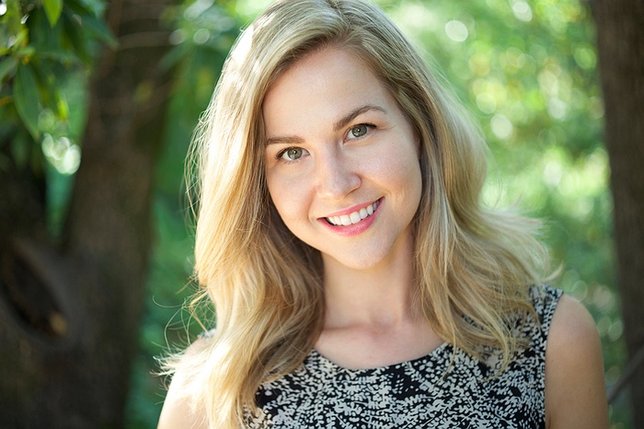 Stony Brook, NY - February 13, 2019 - Documentary filmmakers Cassie Jaye and Alexandra Pelosi will be Tom Needham’s special guests this Thursday at 6 pm on WUSB’s ‘The Sounds of Film.’ Cassie Jaye will be talking about her provocative film, ‘The Red Pill.’ Alexandra Pelosi will speaking about her movie ‘Meet the Donors.’
‘The Red Pill’ tells the story of feminist filmmaker Cassie Jaye, who set out to make a film about the controversial and polarizing Men’s Movement. After starting her production, she began to question her own beliefs about these organizations, who were supposedly hate groups aimed at turning back the clock on women’s rights. Over time, she learned about the many ways that men are actually disadvantaged and discriminated against in society.
Cassie Jaye has produced a series of documentary films including the award winning ‘Daddy I Do,’ which examined the Abstinence Only Movement versus Comprehensive Sex Education, and ‘The Right to Love: An American Family,’ which followed one family’s activism fighting for same-sex marriage rights in California.
‘The Sounds of Film’ is also re-airing a popular interview with acclaimed filmmaker Alexandra Pelosi, who will be talking about her film ‘Meet the Donors.’ Alexandra Pelosi is a writer and Emmy-nominated documentary filmmaker.  She is the daughter of the Speaker of the House of Representatives, Nancy Pelosi.  In recent years, she has been working extensively for HBO.  Some of her provocative films include ‘Diary of a Political Tourist,’ ‘the Trials of Ted Haggart’ and ‘San Francisco 2.0.’ She is also a regular correspondent on ‘Real Time With Bill Maher.’  On Thursday, she will be discussing her film ‘Meet the Donors: Does Money Talk.’  In this documentary, Alexandra takes viewers behind the scenes at top-dollar fundraisers and chats with dozens of ultra-rich mega-donors from both political parties.
About the Sounds of Film
The Sounds of Film is the nation’s longest running film, music and ideas themed radio show. For the past 30 years, the program has delivered a popular mix of interviews and music to listeners all over Long Island, parts of Connecticut and streaming worldwide live on the internet. Past people interviewed for the show include Laurie Anderson, Barbara Kopple, Gretchen Carlson, Wanda Jackson, Susan Lacy, Dionne Warwick, Thora Birch and Cindy Sheehan.