Wendy Lepkoff is awarded the prestigious Interior Design Society (IDS) award for her project in the category of Residential Kitchens over $50,000.00. 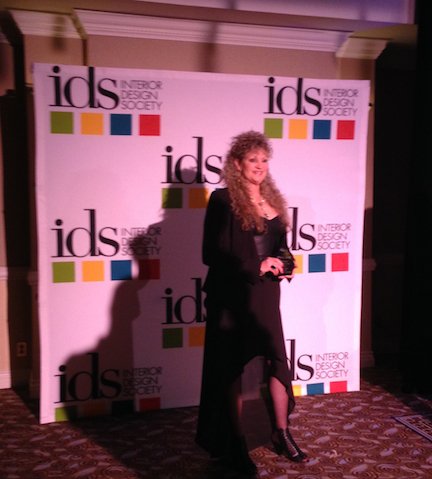 Baldwin Harbor, NY - January 27th, 2014 - Wendy Lepkoff of the Long Island, New York based firm, Wendy Interiors, Inc. has won a 3rd Place Award for Wendy was presented the award at the 2014 Interior Design Society’s Annual Conference held in Las Vegas, Nevada. The Interior Design Society is a National Organization with more than 2,200 members with chapters in major design centers including New York, Dallas, San Francisco and Chicago.
"I am extremely thrilled and honored to be recognized and chosen as on of the winner of this year’s prestigious award. This has been an extremely exciting year because I was given the opportunity to create a number of one of-a-kind designs that are not only visually beautiful, but also functional. I have had the privilege to work with so many wonderful professionals who share my passion for quality and design. This award is in part due to their hard work and dedication to servicing our clients. This award truly completes a wonderful year, and I look forward to 2014 and beyond."
Presenting awards to this year’s recipients is Snoa Garrigan from IDS and Mark Brunetz, interior designer, television host, and writer. Mark was recently honored with an Emmy® Award as the co-host of Clean House on the Style Network.
Wendy Lepkoff is an Interior Designer based in the Long Island area of New York. She has more than 20 years of experience in the design field. Wendy has written Interior Design Columns for several local newspapers and magazines. Her design of the ground floor of a home that super storm Sandy destroyed was featured in House Magazine. The home design had originally been completed three months earlier. No changes from the original were made.
In 2013 Wendy was also given a Certificate of Excellence award by Hunter Douglas based upon her Superior Customer Satisfaction and Business Professionalism.