Clutterers Anonymous: Helping Long Islanders Cope With Too Much “Stuff”

Group assists those who feel their lifestyles are becoming compromised by all-too-common daily urges that have run amok. 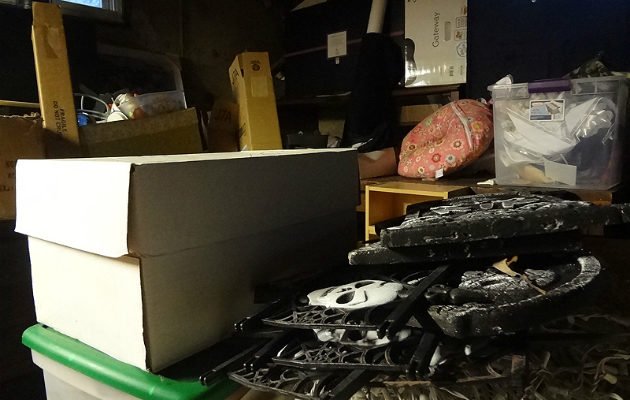 Long Island, NY - January 25, 2019 - We all have our junk drawers or closets filled with knick-knacks, old clothes, collectibles, or what have you; it’s common for many people to develop a bit of a pack-rat nature when they have their own living space.
But imagine that junk drawer becoming a junk room…or several junk rooms…or your entire house; before you know it, the things your own end up owning you. And unfortunately, due to the shame and despair some people engulf themselves in when they see their homes becoming overwhelmed with obsessively-obtained belongings, many don’t seek out help to cope; however, help indeed exists.
Ken, the Reporting Secretary of the Plainview-Old Bethpage’s year-old chapter of Clutterers Anonymous, said that his group is there for those who feel their lifestyles are becoming compromised by all-too-common daily urges that have run amok.
“Clutterers Anonymous was founded in 1989, and is an officially sanctioned twelve-step program…we use a lot of Alcoholics Anonymous’ literature, re-written with their permission,” he said. “Cluttering and hoarding has always been a problem with people…some people start keeping everything that they’ve ever owned, and they can never throw anything away…magazines, newspapers, or clothing, and sometimes they become hoarders. They just don’t want to let anything go.”
However, Ken stated that, like anything else in life, clutterers come in degrees. Some, like the infamous Collyer brothers of the 1940’s who had amassed over 130 tons of garbage in their Manhattan brownstone, or some of the subjects of the A&E television series “Horders,” have allowed their collections to overwhelm both their lives and their homes to the point that they’re unable to function; others, however, simply have a little too much “stuff” but can still carry on with their day-to-day lives, albeit with some difficulty, Ken said.
“In my opinion, it stems from an emotional experience somewhere,” he said. “When I was a boy, there was five kids, and we lived in a railroad flat…there was only one closet in the house, and the back of every chair became a closet and the every doorknob had shirts and whatnot hanging on it.”
The one thing in common to all clutterers, however, is a difficulty in letting go. Many live with shame, unable to invite friends or relatives into their homes due to the perceived mess, and many don’t seek out the help they need to part with the physical goods simply taking up space in their lives; those that have, however, experience a marked improvement going forward and eventually kick the habit…or at least get it under control.
Ken’s experience with cluttering may not be as extreme as some people’s stories, but nonetheless, after a tragic occurrence in his life he slowly began to realize that his home environment had began to spiral out of control; clearly, he needed help, he said.
“I lost my wife to cancer about 15 years ago, and I saw a gradual change after she passed,” he said. “At first, I would leave books out, or not do the dishes every day…areas like my living room were clean, I always did my laundry, but other areas of my house, the tables would be totally cluttered, things would pile up…I didn’t like how the house was looking, it became a problem when I had people over, and I figured my wife would be mad at me, so I thought I might need some help.”
“Mary” has been attending Clutterers Anonymous meetings on-and-off for three years now, and she credits her participation in this unique twelve-step program, built around guiding principles outlining a course of action for recovery, in helping her get a handle on shopping habits that were becoming obsessive and, ultimately, completely running her life in many ways.
“Shopping is fun, but at some point you need to stop retail therapy, because your house becomes full…but it’s hard for me to let go of things, even if I’m no longer crazy about them, or they’re no longer functional,” she said. “I think it’s a fear-based thing…I might need it, like it’s protecting me, and if I keep it, I’m preventing some terrible, unknown, future event from occurring.”
However, Mary said that said that she had recognized her behavior wasn’t healthy and active sought out Clutterers Anonymous for some much-needed assistance.
“I started realizing that it was keeping me from enjoying my life…the piles of clothing and stuff everywhere just wasn’t pretty, and it became a problem as far as having people over to the house,” she said. “I was just taken with how much I identified with what everyone was saying at the meetings…our circumstances were different, but our feelings were things I identified with.”
“I’m very grateful that I’ve gotten to the point that I’m sick and tired of being sick and tired,” Mary added. “I’ve begun to accept that I need less stuff, and to have less stuff I need to be more organized. But the goal isn’t just to be more organized…the goal is to just have fun. I want to have more fun out of life.”
Clutterers Anonymous meets weekly on Monday evenings at the Plainview-Old Bethpage Public Library, and according to Ken, it provides a safe haven and help that works… if you want to work at it, that is.
“It’s spiritual, it’s physical…it’s not religious, but it’s got a lot of aspects to it,” Ken said. “A big part of it is the sharing…everyone here shares their stories and little coping tricks that they’ve learned. It’s complete anonymous, so you can say whatever you want…if you see a member on the street later, you just pass each other by…but you both know, and it helps.”