10 Do's and Don’ts of Successful Co-Parenting After Divorce

You may have been relieved to uncouple, distance and divorce. Co-Parenting, however, draws you closer again. 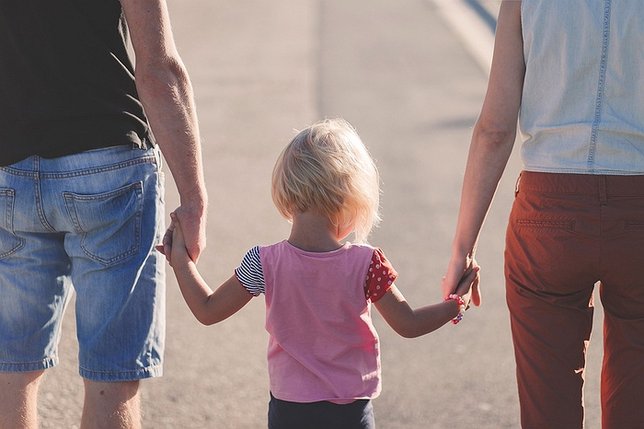 Co-Parenting often brings up the anger, pain, frustration, and bitterness of a divorce.

Long Island, NY - Sept. 13, 2018 - Are you struggling with Co-Parenting after divorce?  If you are, it is no surprise. The issues within your marriage most likely got worse over time. You may have been relieved to uncouple, distance and divorce. Co-Parenting, however, draws you closer again.
Co-Parenting often brings up the anger, pain, frustration, and bitterness of the divorce. It can bring up financial issues, emotional issues and seemingly unresolvable differences about raising the kids. You hear your Ex-Spouse reacting to you in the same old way and your feelings respond. You may feel critical and judgmental, put down and shamed, guilty if you were the leave-taker, or jealous if your Ex-Spouse is doing better than you.
As example, Robin and Paul wanted to Co-Parent after divorce. They had agreed onjoint legal and residential custody of the twins, Anna and Isabelle. To be successful, this path needed a great deal of interaction and co-operation.
Unfortunately, Paul kept treating Anna in the same old way. He started blaming her for any behavior problems of the 10-year old twins. He complained if they came to his house with a missing sock or other small item. He attempted to push Robin aside regarding the school. He did not inform her of scheduled doctor visits.
Robin reacted back in frustration. Internally she felt invalidated. Her sense of her own significance faltered around Paul. In defense, she judged Paul back for his criticisms of her and for his parenting style.It felt like their marriage all over again. As this Vicious Cycle continued, their Co-Parenting totally broke down. The children developed increased behavioral problems. They started acting up in school.
Can you relate? All going smoothly with your Co-Parenting or running into roadblocks?
Robin and Paul each felt driven to go to family court to change their agreement. Instead and at the last minute, they elected to go to Co-Parenting Sessions. They learned both valuable information and valuable skills.Their Co-Parenting immensely improved, all to the benefit of their children. Some of what they learned is represented below.
1. Valuable Co-Parenting Information
In this part of the Co-Parenting sessions, Robin and Paul learned about the mindset of successful Co-parenting. They reviewed the benefits of successful Co-Parenting for their kids as well as the four key components of successful Co-Parenting.
Benefits of Successful Co-Parenting for the children include:
Four Key Components of Co-parenting
Teubert&Pinquart (*2010)in their research isolated four key components of Successful Co-Parenting. To be successful at Co-Parenting, former Spouses need to work at mastering each component.
2. Valuable Co-Parenting Skills
Once they absorbed the above important information about Co-Parenting, Paul and Robin needed to learn some new skills.
They worked on communication and negotiations skills, as well as how to maintain a positive mindset. They learned to sees things from their Ex-Spouse’s perspective to make joint decision-making easier. They learned to detach from their anger and judgements and not let their personal animosities bleed into their interactions around the children. Instead they worked on staying cooperative and objective. They learned stress-reduction techniques when they got triggered into old patterns by their Ex-Spouse.
Learning these skills made a big difference in Paul and Robin’s Co-Parenting relationship. Instead of the Vicious Cycle, they now experienced a Cooperation Cycle. They made these changes and were willing to put in the hard work for the sake of the children.
Although you may find it far-fetched for your Ex-Spouse to make such changes, remember the deeper motivation is always the well-being of the children.
As part of the Co-Parenting Sessions, Paul and Robin memorized the below 10 Do’s and Don’t of successful Co-Parenting after divorce. They found that it was easier to Co-Parent successfully when they had these guidelines to consult.
The 10 Do's and Don’ts of Successful Co-Parenting After Divorce
Robin and Paul went home with a list of 10 Do’s and Don’t of Successful Co-Parenting after Divorce. This list helped them to remember all they had learned in Co-Parenting therapy.
Summary – To engage in excellent Co-Parenting requires much cooperation. It requires letting go of angry reactions to differences between you and your Ex-Spouse. Also, when Co-Parenting you will need to learn to put aside resentments from the past.
Excellent Co-Parenting necessitates good, frequent communication and the ability to negotiate differences, rather than flair up in old negative patterns of reactivity. Excellent Co-Parenting is not easy, but the rewards of your children’s healthy development make it worthwhile.
(* Research: Daniela Teubert& Martin Pinquart (2010) The Association Between Coparenting and Child Adjustment: A Meta-Analysis, Parenting, 10:4, 286-307)
About the Author – Dr. Diane Kramer, Divorce Mediator, Psychologist and Co-Parenting Expert, is partners with her husband, Fred Klarer, Long Island Divorce Lawyer and Divorce Mediator, in the Long Island Center for Divorce Mediation. The Long Island Center for Divorce Mediation offers comprehensive divorce mediation services at reasonable prices. Please contact Dr. Diane at 631-757-1554 to set up a free Divorce Mediation Session or a Co-Parenting Session. info@lidivorcemediation.com; https://www.lidivorcemediation.com.
Dr. Kramer was a full professor of psychology at Nassau Community College for 40 years. She currently runs both her marital therapy and her divorce mediation practices. Her Extraordinary Self eCourses are about to launch on her own e-learning platform. She won the Long Island Women’s Center Achiever Award in 2007. She is a member of the New York State Council on Divorce Mediation.