Measures That Enhance Women’s Rights, Cut Taxes for Veterans and Businesses Are Among the New Laws That Take Effect in January 2016

Measures that enhance the rights of women and protect those who are most vulnerable to abuse and discrimination are among the highlights of state laws that will take effect in January 2016. 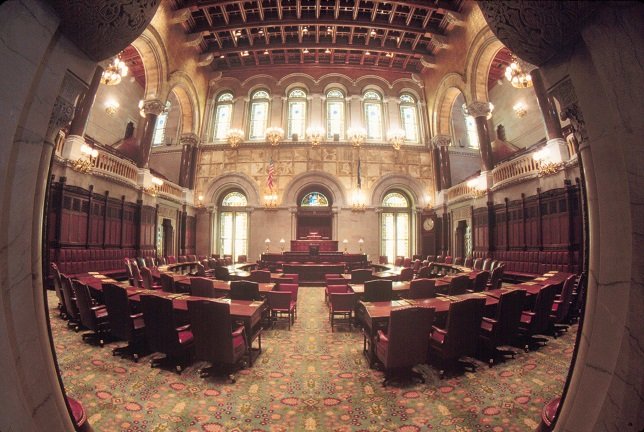 Washington, DC - December 23, 2015 - Measures that enhance the rights of women and protect those who are most vulnerable to abuse and discrimination are among the highlights of state laws that will take effect in January 2016. Other laws soon to be effective include: business tax cuts; property tax relief for eligible veterans; expedited access to critical information in missing child cases; additional protections for working women who breastfeed; and the expansion of health care access through telehealth services.

The remaining law that completed the Women’s Equality Agenda package will take effect April 1, 2016. The measure creates a pilot program that would enable domestic violence victims to seek temporary orders of protection through electronic means rather than having to appear in person. The Office of Court Administration will also review and update its policies and services for all crime victims in the courts in order to ensure that their needs are being met and that all victims are truly protected (Chapter 367,S6  Senator Catharine Young).

Business Tax Cuts:
In 2014, the Senate succeeded in overhauling and simplifying the State Corporate Franchise Tax, which incorporated banks into the new combined code. Starting on Jan. 1, 2016, the Business Income Tax Rate will be lowered from 7.1 to 6.5 percent, saving businesses a total $125 million.

Also starting Jan. 1, 2016, New York State’s small business exemption increases to 5 percent for sole proprietors and farmers with at least one employee and a federal adjusted gross income that does not exceed $250,000. Exemption increases have been phased in since legislation was passed in 2013 and will ultimately save small businesses a total of $61 million.

Help for Veterans:
A new law that takes effect Jan. 2, 2016, helps reduce the local property tax burden for veterans by authorizing an increase in limits to the real property tax exemption. Municipalities have the option of offering these exemptions to help veterans afford owning a home. The new limits take into account rising property values so that the savings offered with the tax exemption can continue to help eligible veterans (Chapter 381, S4391  Senator Kenneth LaValle).

Access to Missing Child Case Information
On Jan. 19, 2016, a new law will  expedite access to critical information in missing child cases. The law was created in response to a tragic child abuse case in Albany County. It specifies that Child Protective Services (CPS) records can be released to expedite an investigation when law enforcement is investigating a missing child and there is reason to believe that a parent, guardian, or other person legally responsible for the child is the subject of a report of child abuse or maltreatment. If CPS denies the request, law enforcement agencies can request an administrative review by the state Office of Children and Family Services, which would then have the ability to overturn a decision by the county CPS (Chapter 439, S3520 Senator George Amedore).