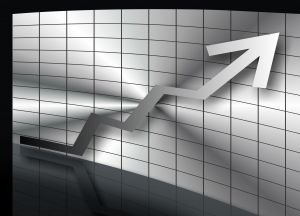 As part of its ongoing efforts to strengthen the Island’s economy, the Long Island Association, the region’s premiere business organization, publishes a monthly economic report for the benefit of its members. This month’s report, prepared by LIA Chief Economist John Rizzo, reveals good news for Long Island.

“Falling unemployment and very robust growth in home sales were two of the brightest economic developments on Long Island in October,” Rizzo reported.

With an increase of 25,400 private sector jobs on the Island in October, Long Island exceeded annual jobs growth both in the state (1.5%) and in the nation (2.1%). This increase represents the 41st consecutive month of year‐over‐year jobs growth on Long Island. Rizzo reports that major jobs growth occurred in professional and business services.

These increases in sales, however, come with a limited inventory of homes. In October 2013, there were just 9,905 homes listed for sale in Suffolk County and 6,599 listings in Nassau County. Rizzo warns that with these limited inventories, the growth demand could lead to a shortage of homes for sale.

Rizzo’s report, which includes comprehensive findings for both the national and regional labor, consumer, housing and economic markets, can be accessed on the Long Island Association website.

In a statement recently released by the Commerce Dept., Rizzo said, "The substantial upward revision in third quarter GDP, the highest growth rate in two years, provides further evidence of economic recovery. This growth was driven by strong spending on consumer health care as well as recreation-- two key components of Long Island's economy. Thus, Long Island's economy has likely been an important component of this good economic news."