The men were duck hunting and fell into the water. 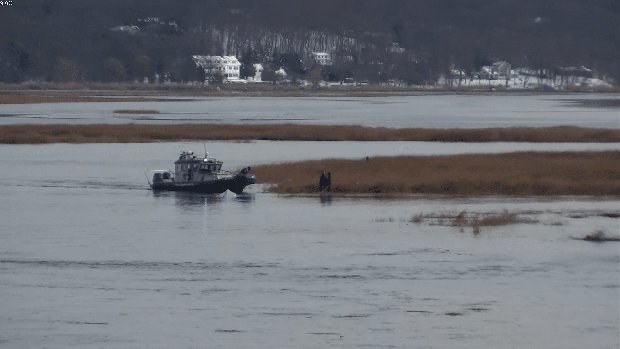 Duck hunters rescued from Nissequogue River in Smithtown on December 19, 2020.

A father and son out duck hunting had to be rescued from a marsh island on the Nissequogue River after their boat capsized. The hunters were aboard their 14-foot Lone Star duck hunting boat on Saturday, December 19 when they fell into the water.

At around 1pm, Smithtown Bay Constables and Suffolk County Police received the call for the two men stranded in the river. According to a statement on the Smithtown Town website, Park Ranger Brendan Dennihy responded to Kings Park Bluff where he was able to visually locate the victims. Park Ranger Dennihy relayed details to Bay Constables Blake Gifford and Carmine Aro who were arriving on scene in a Department of Public Safety patrol vessel. The Bay Constables were able to navigate to the victims suffering from exposure to the elements to safely get them onboard the vessel.

Both victims were transported to Kings Park Bluff Boat Ramp where they were evaluated and treated by Kings Park Fire Department Rescue. The Bay Constables salvaged the hunters vessel and returned it to shore.