Arrest in connection to death of an 81-year-old, ventilator-dependent resident of A. Holly Patterson Extended Care Facility in Uniondale. 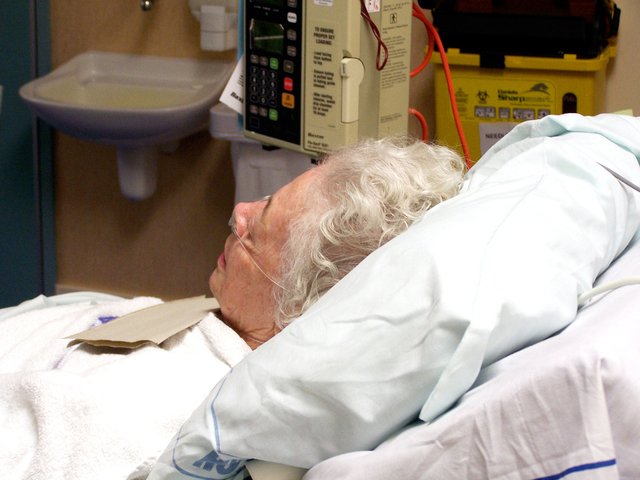 Two registered nurses and one certified nurse aide charged with endangering the welfare of vulnerable elderly person, willful violation of public health laws for failing to respond to ventilator alarms.

Uniondale, NY - December 28, 2016 - Attorney General Eric T. Schneiderman today announced the arrests of two registered nurses, Sijimole Reji and Annieamma Augustine, and a certified nurse aide, Martine Morland, for endangering and neglecting an 81-year-old, ventilator-dependent resident of A. Holly Patterson Extended Care Facility in Uniondale. The resident, whose identity is being kept confidential, lived on a specialized ventilator unit at the facility. She required a mechanical ventilator to breathe and was entirely dependent on the nursing staff; the resident passed away after the defendants failed to respond to the ventilator alarms.  If convicted, the defendants, none of whom still work at the facility, each face up to seven years in prison.

“These allegations paint a picture of blatant neglect that ultimately resulted in the death of a patient,” said Attorney General Schneiderman. “My office will always hold accountable those medical professionals and others who knowingly ignore a patient’s basic needs or recklessly place any nursing home resident in a life-threatening situation.”

Felony complaints filed in the Nassau County First District Court by the Attorney General’s Office charge Reji, 42, of Smithtown; Augustine, 57, of West Hempstead; and Morland, 41, of Freeport, with Endangering the Welfare of a Vulnerable Elderly Person, or an Incompetent or Physically Disabled Person in the First Degree, a class D felony, and Wilful Violation of Health Laws, a misdemeanor.

The complaint alleges that on the morning of December 20, 2015, the resident–who was wheelchair bound and ventilator dependent–became disconnected from her ventilator. The resident was unable to breathe without the assistance of her mechanical ventilator. A visual and audible alarm was immediately triggered which notified nursing staff on the floor that this resident was in an emergency, life-threatening situation.

Sijimole Reji, Annieamma Augustine and Martine Morland were at the nursing station near the resident’s room when the alarm sounded throughout the unit.  All nursing staff who work on the ventilator unit at A. Holly Patterson Extended Care Facility are required to immediately respond to resident ventilator alarms. These three defendants–Reji, Augustine and Morland–ignored the emergency ventilator alarm for more than nine minutes and failed to provide any assistance to the resident who languished without oxygen.

Eventually, when staff entered her room, they discovered that the resident was unresponsive and unconscious. The resident was transported from A. Holly Patterson Extended Care Facility to Nassau University Medical Center, where she died the following day, December 21, 2015.

The defendants, who pled not guilty, were arraigned today in Nassau County First District Court before the Honorable Judge James M. Darcy and released on their own recognizance.

The charges are merely accusations, and the defendants are presumed innocent until and unless proven guilty.