Long Island Music Hall of Fame Inductees, Carmine Appice and Vince Martell, will be Tom Needham’s final guests of the year on WUSB’s ‘The Sounds of Film.’ 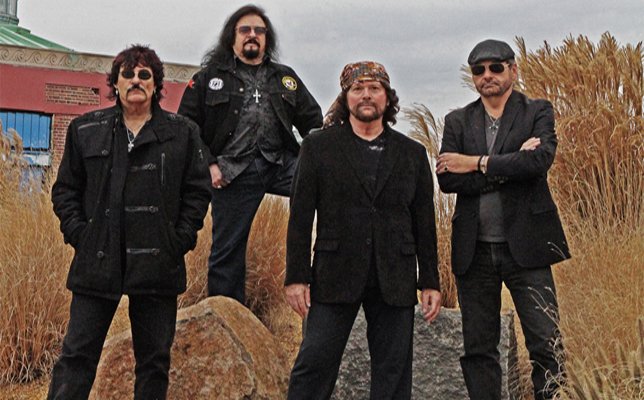 Stony Brook, NY - December 27, 2017 - Legendary members of the rock group Vanilla Fudge, Carmine Appice and Vinny Martell, will be Tom Needham’s exclusive guests for the final ‘Sounds of Film’ of 2017 on Thursday at 6 PM on WUSB. They will be talking about Vanilla Fudge’s influential music career and their new DVD/CD, ‘Live At Sweden Rock – The 50th Anniversary.’
Originally formed in 1967, Long Island’s Vanilla Fudge members Carmine Appice, Mark Stein, Vinny Martell and Tim Bogart became famous for playing re-vamped rock versions of popular soul hits. They became one of the most successful psychedelic rock groups to emerge out of the 1960’s with sold out world tours, hit singles and albums, and a reputation for cutting-edge musicianship. At one point, they toured with Jimi Hendrix, and Led Zepplin was their opening act. Their hit single “You Keep Me Hanging On” landed them on ‘The Ed Sullivan Show,’ ‘The Dick Cavett Show’ and ‘The Merv Griffin Show.’  On October 15, 2006, they were inducted into the Long Island Music Hall of Fame along with Billy Joel, Joan Jett and Twisted Sister.
Vanilla Fudge’s ‘Live at Sweden Rock – The 50th Anniversary’ DVD/CD captures the group’s amazing performance in front of an audience of thousands.  The concert film features psychedelic re-workings of songs by The Doors, The Monkees, Donovan and Led Zepplin.  It also showcases five decades of rock ‘n’ roll history. ‘The Sounds of Film’ final show of 2017 will feature exclusive interviews with the band and music from their long career.
About The Sounds of Film
‘The Sounds of Film’ is the nation’s longest-running film themed radio show.  For the past 30 years, the program has delivered a popular mix of interviews and music to listeners all over Long Island, parts of Connecticut and streaming live worldwide on the internet at wusb.fm.  Past interviewees include the Doors’ John Densmore, Peter Paul and Mary’s Peter Yarrow, Bobby Rydell, Kurtis Blow, Alec Baldwin, Ralph Macchio, Procol Harum’s Gary Brooker, Julie Andrews and “Get Out’s” Jordan Peele.