Axact promoted and claimed to have an affiliation with approximately 350 fictitious high schools and universities, which Axact advertised online to consumers as genuine schools. 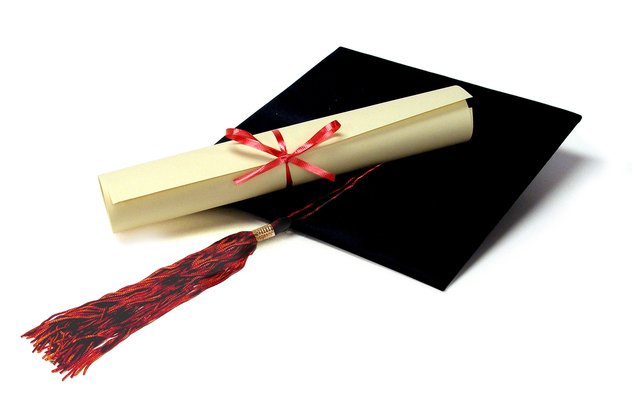 Axact scheme: After paying upfront fees, consumers did not receive any legitimate instruction and were provided fake and worthless diplomas.

As alleged, Hamid and his co-conspirators made false and fraudulent representations to consumers on websites and over the phone to trick them into enrolling in purported colleges and high schools, and issued fake diplomas upon receipt of upfront fees from consumers.  Hamid was arrested on December 19, 2016, and was presented yesterday in federal court in Fort Mitchell, Kentucky.

USPIS Inspector-in-Charge Philip R. Bartlett said:  “Mr. Hamid took advantage of the aspirations and dreams of thousands wanting a college education by devising a scheme to issue college coursework, degrees and certifications not worth the paper they were printed on. Postal Inspectors and their law enforcement partners will spare no resource to bring these scammers to justice, protecting those striving for higher education and opportunities.”

FBI Assistant Director-in-Charge William F. Sweeney Jr. said:  “Thousands of people’s hopes were crushed as this alleged diploma mill scheme came crashing down.  Victims took at face value the lies Hamid and his co-conspirators are alleged to have sold them.  Today, we’re rewriting the lesson plan.”

According to the allegations contained in the Complaint filed today in Manhattan federal court:

The Axact Scheme
Hamid, using the aliases “Shah Khan” and the “Shah,” and others operated a massive education “diploma mill” through the Pakistani company “Axact,” which has held itself out as one of the world’s leading information technology (“IT”) providers.  Working on behalf of Axact, Hamid and others made misrepresentations to individuals across the world, including throughout the United States and in the Southern District of New York, in order to dupe these individuals into enrolling in supposed high schools, colleges, and other educational institutions.

Consumers paid upfront fees to Hamid and his co-conspirators, believing that in return they would be enrolled in real educational courses and, eventually, receive legitimate degrees.  Instead, after paying the upfront fees, consumers did not receive any legitimate instruction and were provided fake and worthless diplomas.

Axact promoted and claimed to have an affiliation with approximately 350 fictitious high schools and universities, which Axact advertised online to consumers as genuine schools.  During certain time periods since 2014, Axact received approximately 5,000 phone calls per day from individuals seeking to purchase Axact products or enroll in educational institutions supposedly affiliated with Axact.  At least some of those consumers appeared to believe that they were calling phone numbers associated with the respective schools.  When consumers asked where the schools were located, sales representatives were instructed to give fictitious addresses.

Once a consumer paid for a school certificate or diploma that falsely reflected a completed course of study, Axact sales agents were trained to use sales techniques to convince the consumer that the consumer should also purchase additional “accreditation” or “certifications” for such certificates or diplomas in order to make them appear more legitimate.  Axact, through Hamid and his co-conspirators, falsely “accredited” purported colleges and other educational institutions by arranging to have diplomas from these phony educational institutions affixed with fake stamps supposedly bearing the seal and signature of the U.S. Secretary of State, as well as various states and state agencies and federal and state officials.

HAMID’s Role in the Scheme
Hamid served as Axact’s “Assistant Vice President of International Relations.”  While based in Pakistan, Hamid was involved in managing and operating online companies that falsely held themselves out to consumers over the Internet as educational institutions.  Among other things, Hamid made various false and fraudulent representations to consumers in order to sell fake diplomas.

As a further part of the scheme, Hamid and a co-conspirator (1) opened bank accounts in the United States in the names of shell entities, effectively controlled by Hamid, which received funds transferred by consumers in exchange for fake diplomas, (2) transferred funds from those bank accounts to bank accounts associated with other entities located elsewhere in the United States, the United Arab Emirates, and Canada, at the direction of Hamid, and (3) opened and operated an account with Paypal, the online payment service provider, to collect and distribute consumer funds obtained in connection with their fraudulent scheme.

In or about May 2015, Axact was shut down by Pakistani law enforcement, and certain individuals associated with Axact were prosecuted in Pakistan.  Nevertheless, after May 2015, Hamid resumed his fraudulent business of selling fake diplomas to consumers in the United States for upfront fees based upon false and fraudulent representations.  Most recently, Hamid traveled to the United States in order to open a bank account that he has used to collect money from consumers he defrauded.

Hamid, 30, of Karachi, Pakistan, is charged with one count of conspiracy to commit wire fraud and two counts of wire fraud, each of which carries a maximum sentence of 20 years in prison; and one count of aggravated identity theft, which carries a mandatory minimum sentence of two years in prison.  The maximum potential sentences are prescribed by Congress and are provided here for informational purposes only, as any sentencing of the defendant will be determined by the judge.

The prosecution of this case is being handled by the Office’s Complex Frauds and Cybercrime Unit.  Assistant United States Attorneys Edward A. Imperatore and Noah D. Solowiejczyk are in charge of the prosecution.

The charges contained in the Complaint are merely accusations, and the defendant is presumed innocent unless and until proven guilty.