Both FedEx and UPS are experiencing delays this holiday season, with many packages intended to arrive by Christmas still awaiting their final destination. 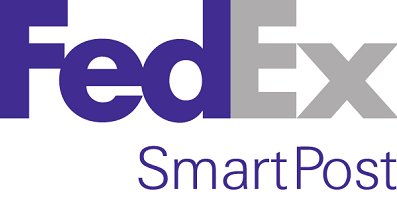 If you’re still waiting on a few gifts that didn’t find their way under the tree in time for Christmas morning you’re not alone. While Santa Claus might be able to trek the globe in a single night, UPS and FedEx Corporation were left wanting for a fleet of airborne reindeer to call their own this holiday season. Increasingly prevalent online purchases combined with a compressed shopping period (Thanksgiving fell later than normal) put a strain on the private parcel companies this year which neither was able to fully accommodate.

In a statement to the press made on Thursday, December 26, FedEx lauded the efforts of all its employees and promised to work with customers whose packages did not arrive in time for Christmas.

“Our 300,000 team members delivered outstanding service during this holiday season, and we experienced no major service disruptions in the week before Christmas despite heavy volume,” the statement read. “Every single package is important to us, and we will continue to work directly with customers to address any isolated incidents.”

Similarly, the United Parcel Service stated that it is still trying to accommodate heavy holiday traffic, and has resumed delivery of packages after giving its drivers the day off for Christmas as originally planned.

“UPS experienced heavy holiday volume and is making every effort to get packages to their destination as quickly as possible. UPS has resumed normally scheduled service on December 26.” Previously, the company stated that “the volume of air packages in our system exceeded the capacity of our network immediately preceding Christmas.”

UPS has also taken to social media several times to assure followers the company is still trying its hardest to get packages to customers as quickly as possible.

Neither company has yet offered estimates of just how many packages or customers were affected by the Christmas delays, but both pointed to bad weather across much of the country as partially responsible for the backup. The USPS has not communicated any major troubles with holiday shipping.