Parody carol by SCPD reminds people to lock their cars while shopping to the tune of 12 Days of Christmas. 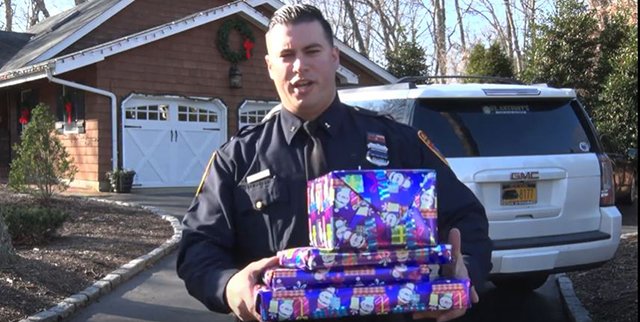 ‘Tis the season. Believe it or not Christmas Day is almost upon us and Hanukkah is in full swing. You might be rushing around the malls and your local downtown to get those last-minute gifts or food for your holiday meal. While you’re running about, some nefarious people are looking to take advantage of the harried shopper by breaking into cars to snatch your hard-earned purchases.

The Suffolk County Police Department recently created a fun Public Service Announcement to remind people to protect themselves from becoming a victim by locking their vehicles.

The video is described by the SCPD as “a twist on the classic carol The Twelve Days of Christmas. Instead of the lyrics being about what my true love sent to me, members of the department sing about what a criminal stole from thee.”

In the video, police officers sing the lyrics while a criminal skulks around stealing presents from vehicles like a Long Island Grinch. Chief of Department Stuart Cameron even gets in on the action.

Some stats: During the first 11 months of 2019, SCPD officers responded to 2,066 larcenies from vehicles. During 2018, SCPD handled 2,329 incidents of thefts from vehicles.

“This is the time of year that people are busy holiday shopping and often leave valuables in their vehicles,” Cameron said in a statement released with the video. “We thought this parody would be a fun way to get a serious message across to residents—lock your vehicle and keep your valuables out of sight.”