The Nassau County Public Information Office reports the details of a Robbery that occurred on Tuesday, December 22, 2015 at 12:55 p.m. in East Garden City. 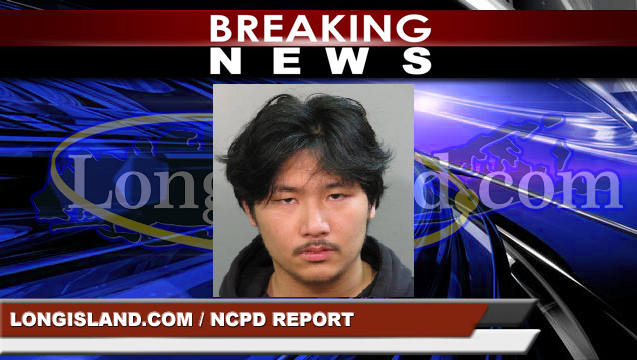 Oliver Lee, 21 of Little Neck, Queens has been identified as the shooter at the Roosevelt Field Mall in East Garden City on December 22, 2015.

According to detectives, a male subject entered the Rolex section of the Tourneau Jewelry Store located inside the Roosevelt Field Mall, 630 Old Country Road. The subject walked to the rear of the store to look at watches.  While in the rear of the store the subject brandished a handgun demanding the watches from the clerk.   A store security guard nearby grabbed the subject and a struggle ensued. As they reached the threshold of the store entrance a single round was discharged from the subject’s weapon striking a mall employee standing a short distance away in the back of his shoulder.    The struggle continued to an adjacent store where multiple security guards were able to detain the subject until police arrived.  Oliver Lee, 21, of Little Neck was placed under arrest at the scene.   The male victim, 67 years of age, was transported to an area hospital and is listed in serious but stable condition.

Lee is charged with Robbery 1st degree, Assault 1st degree, Criminal Use of a Firearm 1st degree and two counts of Assault 2nd degree.  He will be arraigned on Wednesday, December 23, 2015 at First District Court in Hempstead.