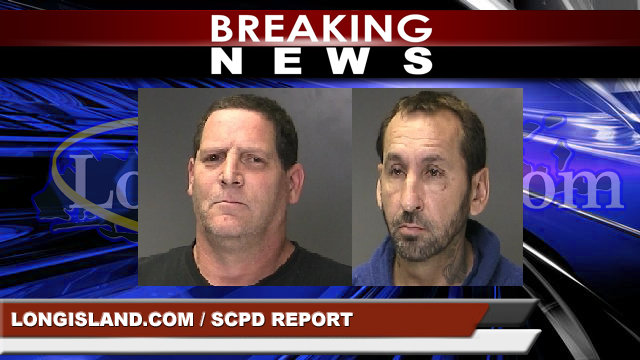 Police are investigating if the two arrested men, Michael Heafy (l) and Christopher Schmidt (r) are responsible for other similar incidents.

Fifth Precinct patrol officers responded to Louis Kossuth Avenue at approximately 10:15 a.m. after a 911 caller reported that they observed men taking an envelope containing money on a garbage can.

Fifth Precinct Officers Katherine Willox and Daniel Hogan responded and located a vehicle matching the description provided by the caller and arrested the occupants.

Michael Heafy, 50, of Patchogue, and Christopher Schmidt, 44, of Selden, were each charged with Petit Larceny.