Governor Cuomo issued an Executive Order directing the Department of Corrections and Community Supervision, in collaboration with the Office of Children and Family Services, to implement a plan to remove minors from adult prisons in ... 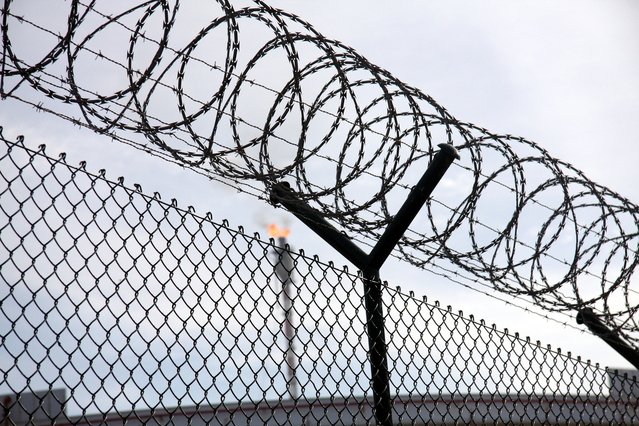 The state juvenile facility to house 16 and 17 year-olds will provide specialized programs of treatment geared for younger offenders.

Albany, NY - December 22, 2015 - Governor Cuomo issued an Executive Order directing the Department of Corrections and Community Supervision, in collaboration with the Office of Children and Family Services, to implement a plan to remove minors from adult prisons in the state. The plan, which was developed over the past several months, will transfer all female youths and all medium and minimum security classified male youths sentenced to state prison from adult facilities where they are currently housed to a juvenile facility. This facility will provide specialized programs of treatment geared for younger offenders while also ensuring the safety of staff, inmates and the surrounding community.

“By housing 16 and 17 year-olds in an age-appropriate correctional facility, we can offer them a better chance at turning their lives around and becoming productive members of society,” said Governor Cuomo. “This action will help reduce the recidivism rate, increase public safety, and save taxpayer dollars over the long run. No matter how you look at it – whether it’s the economic benefits, the security benefits, or the human benefits – this action is the right thing to do, and I am proud to continue bringing much-needed reform to the justice system.”

New York is one of only two states that automatically processes all 16 and 17 year-olds in the adult criminal justice system, no matter the offense. To meet the goal of the Governor’s Executive Order, the Hudson Correctional Facility in Columbia County, which is currently a medium security general confinement facility, will be transformed by a collaboration between DOCCS and the Office of General Services to appropriately serve this special population. By August of 2016, the first group of youth will be transferred into the facility as follows:

By the end of November of 2016, additional infrastructure work will be completed to create a Juvenile Separation Unit that will allow for those inmates who receive a disciplinary confinement sanction of 30 days or less to also be housed at the Hudson Correctional Facility. The work release and industrial training programs, currently operating on the grounds of the Hudson Correctional Facility will remain operational as the adult inmates are housed outside of the secure perimeter and will not access the area where the youth will be held. Maximum security classified male youth will remain housed in a separate Juvenile Unit at the Coxsackie Correctional Facility.

In addition, OCFS will assist DOCCS in implementing the specialized youth facility by facilitating specialized trainings, reviewing DOCCS policies and procedures for this youth population, and consulting on difficult cases. Applicable OCFS staff will participate with DOCCS in video conferences, site visits, shared training sessions, and case consultations. It is anticipated that the case consultations will include both agencies’ clinical teams and case managers, and will involve the youth and their families at some point in the process. Services will also be provided by staff from the Office of Mental Health for those youth who present mental health needs.

“I commend the Governor for ensuring that New York State remains a progressive leader in criminal justice reform,” said DOCCS Acting Commissioner Anthony Annucci. “This Executive Order will help change the lives of teens who have made a mistake early in life and give them a path to return to the community as productive citizens.”

“The Office of Children and Family Services applauds the Governor's commitment to removing young people from state prisons and placing them in a setting where they can receive age appropriate services and interventions," said OCFS Acting Commissioner Sheila J. Poole. "OCFS looks forward to working with DOCCS in this important first step toward offering incarcerated youth the opportunity for a brighter future."

The agency will implement an evidence-based programming model, referred to as the youth program model, to assist in rehabilitation and reducing recidivism for youth. The youth program model, which requires youth prevention, intervention, and reentry programs, will utilize evidence-based services through the provision of cognitive behavioral interventions specifically designed to increase awareness of the connection between thoughts and actions of the adolescent inmate. It is based on an inmate-centered, youth oriented model which identifies individual needs and provides a guideline for the provision of activities. The model focuses on assisting inmates in their development of pro-social skill development, substance abuse prevention skills, and meaningful transition plans consistent with the philosophy and practices of youth programming.

DOCCS administration, security and program staff will function as a team to accomplish the youth program objectives. The youth program provides multiple staff contacts with each inmate on a daily basis through therapeutic programming, organized physical education, vocational and academic education and individual sessions.

The Executive Order allows the Commissioner of DOCCS to consider a request from a local correctional facility to house a youth inmate who has received a definite sentence of imprisonment in excess of 90 days in such facility.

The Executive Order also makes clear that the movement of youth to this newly developed facility will be an interim step pending the passage of the Raise the Age legislation. The Governor has taken a bold step to ensure that the needs of 16 and 17 youth are being met but will continue to call on the legislature to pass vital legislation that will include a comprehensive initiatives and programs to assist these youth.