AG Seeks Refunds For As Many As 1,100 Consumers Who Were Allegedly Charged As Much as $4,000 Apiece By Victory Mitsubishi of Larchmont and Victory Suzuki of the Bronx. 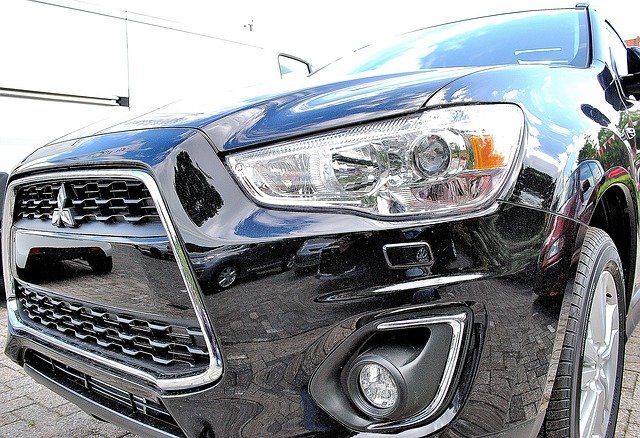 New York, NY - December 21, 2017 - Attorney General Eric T. Schneiderman today announced a lawsuit against Victory Motors, LLC (Victory Mitsubishi of Larchmont) and Victory Auto Group, LLC (Victory Suzuki of the Bronx) alleging that the car dealerships deceptively charged as many as 1,100 consumers for an unwanted and bogus anti-theft product that cost up to $4,000 per consumer. The lawsuit alleges that this item, known as an “after-sale” product, was often added onto the final cost of the vehicle without the consumer’s knowledge or consent, after the customer had agreed upon the purchase price of a vehicle but before the sale transaction was finalized. Since 2015, Attorney General Schneiderman has obtained approximately $19 million in restitution and penalties from auto dealers; nearly 29,000 consumers were eligible for restitution under these settlements.
“Consumers shouldn’t have to worry about being scammed by auto dealers when they buy a car,” said Attorney General Schneiderman. “We will continue to protect New Yorkers – and take on those who seek to rip off consumers with hidden and unwanted fees and products.”
In April 2015, the Attorney General received a complaint from a consumer who, after purchasing a vehicle from Victory Mitsubishi in Larchmont, noticed that there was a puzzling charge of $1,995 labeled “Etch” on the bill of sale. When contacted by the Attorney General’s office, the dealership allegedly explained that the charge was for a glass etch product, a security add-on in which a serial number, often the vehicle identification number (“VIN”), is etched onto each of the vehicle’s windows. However, the consumer said that she had not been made aware by the dealership that she was purchasing the etch product, and that had she been made aware, she would have declined to purchase it. The dealership made a full refund.
Concerned that other consumers could have been charged for the product without their knowledge or consent, the Attorney General then launched an investigation that found that both Victory Mitsubishi and Victory Suzuki of the Bronx – another dealership with common ownership – had allegedly charged as many as 1,100 consumers for a product called the Etch Guarantee, which is intended to serve as a theft deterrent.
Consumers were charged amounts ranging from $129 to $3,998. In many instances, the two Victory dealerships allegedly added this fee onto the final sales price without the knowledge or consent of the consumers. As a result, the final price paid by the consumers was inflated by the amount charged for the after-sale product.
Furthermore, the two Victory dealerships allegedly failed to clearly disclose the nature of the after-sale product to their customers. The “Vehicle Replacement Discount Allowance,” also known as the “Etch Guarantee,” is supposed to include a permanent etch or engraving of the vehicle’s VIN, or a registered serial number, on the windows of the vehicle – supposedly to deter theft. However, in many instances, the Victory dealerships did not actually etch the VIN onto the windows of the vehicles.
Consumers were also allegedly led to believe that there would be a guaranteed credit of up to either $2,500 or $5,000 towards the purchase of a new vehicle should their car be stolen. However, there were numerous conditions and limitations – such as that the credit would not be applied if it eliminated the dealership’s profit on the sale – which rendered the “credit” illusory.
The Attorney General commenced the lawsuit because the Victory dealerships – although they have ceased selling the Etch Guarantee – failed to offer full refunds to the other consumers who had been charged (i.e., the consumers not involved in the original complaint). The lawsuit seeks to permanently stop the dealerships from engaging in deceptive business practices and to obtain full refunds for the consumers. It also seeks an accounting to determine the precise number of consumers who were charged.
This lawsuit is part of the Attorney General’s wider initiative to end the practice engaged in by some auto dealers of “jamming,” or unlawfully charging consumers for products and services without their knowledge or consent.
Since 2015, Attorney General Schneiderman has reached 14 settlements with auto dealerships, including over $19 million in total restitution and penalties; nearly 29,000 consumers were eligible for restitution under these settlements. For example, in October 2017, the Attorney General obtained two settlements with auto dealers that returned $900,000 in restitution and $135,000 in penalties.
The case is being handled by Assistant Attorney General Sandra Giorno-Tocco with the assistance of Law Department Investigator Peter Schottenfeld, Law Department Investigator Michael Christian, and Senior Consumer Frauds Representative John Katzenstein, under the supervision of Gary Brown, Assistant Attorney General-in-Charge of the Westchester Regional Office, and Martin J. Mack, Executive Deputy Attorney General for Regional Affairs.