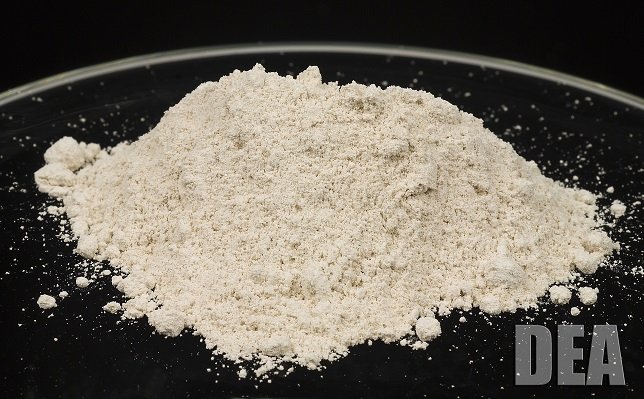 Tens of thousands of dollars, over a pound of narcotics and six guns were recovered while transactions took place at several exits along the LIE.

District Attorney Thompson said, “There's a growing heroin epidemic spreading throughout our city and country that’s destroying lives and families. This is the second heroin distribution operation that we dismantled in recent months and we intend to continue to do our part to save lives by taking down anyone who deals heroin in Brooklyn.”

DEA Special Agent in Charge James Hunt said, “Chaaibi used legitimate business marketing for illegitimate drug sales.  By branding his cut of heroin “Two-Way”, he attracted and retained customers; some who drove far distances in order to purchase his product in bulk for resale on the street.  Last week, the CDC released data reporting that in 2014 there were a record number of overdoses, over 47,000 overdose deaths mostly due to opioid pain relievers and heroin. This case is just one of many that exemplify drug law enforcement’s efforts to investigate and dismantle drug trafficking organizations, like the Chaaibi organization, responsible for fueling heroin addiction and overdose deaths."

New York State Police Superintendent D’Amico said, “I commend the efforts of our members and our law enforcement partners who were able to bring these criminals to justice and keep dangerous drugs off our streets. A drug like heroin destroys communities and puts lives at risk. We will continue to work with our partners to bring these criminals to justice and make sure they get the message that this will not be tolerated in our state.”

The District Attorney said that the investigation was conducted using electronic, video and physical surveillance, and that the indictment charges that between September 2014 and this month the defendants conspired to possess and sell heroin in Brooklyn, Queens and across Long Island. The ring allegedly sold a single “brand” of heroin, called “TWO WAY,” and used custom-made stickers to identify it on the glassines it distributed.

District Attorney Thompson identified the ringleader as Mohamed Chaaibi, 27, of Glendale, Queens. It is alleged that he supplied the heroin and coordinated all the transactions, in Brooklyn and elsewhere, by taking calls from buyers and sending couriers to prearranged locations where sales were conducted.

Miguel Alcaide, 30, of Brownsville, Brooklyn, Dixon Mercado, 42, and Brandon Alvarez, 20, both of Ridgewood, Queens, allegedly acted as runners or couriers who supplied heroin to other named defendants who then re-sold it to their own customers. Kimberly Wong, 32, of Ridgewood, Queens, is a realtor who allegedly helped Chaaibi with proceeds of narcotic sales, assisted him in finding cheap properties for rent and kept a stash of heroin in her residence to use when his runners ran low. Marius Kaczmarczyk, 39, of Maspeth, Queens is allegedly a heroin user who would test the product for Chaaibi and report back his findings.

Cell phone conversations that were intercepted in the course of the investigation showed that the defendants repeatedly discussed the quality of their product, customers’ assessment of its potency and its effectiveness when consumed by snorting versus shooting with a needle.

Finally, a search warrant that was executed at Chaaibi’s residence recovered a loaded .380 firearm and drug paraphernalia with heroin residue. Another search warrant executed at a stash house used by the trafficking ring recovered approximately 13 ounces of uncut heroin, about 2,000 glassines of heroin marked with the “TWO WAY” brand, drug paraphernalia and over 20 cell phones. A total of six guns were recovered during the course of the investigation.

An indictment is an accusatory instrument and not proof of a defendant’s guilt.