In the digital age, anonymity is a commodity, as almost everything and anything about your life can easily be made public on the World Wide Web. 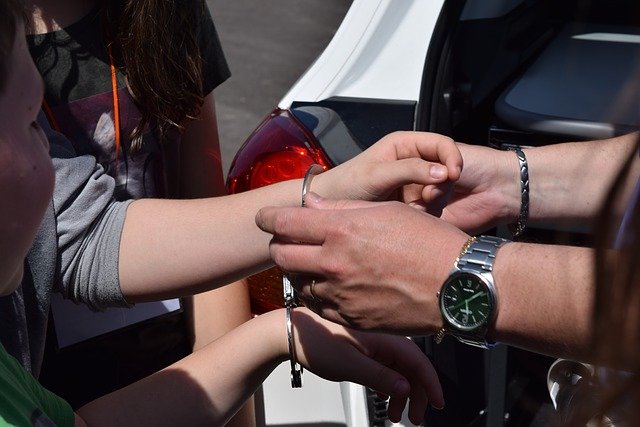 Long Island, NY - December 20, 2017 - What do Las Vegas and the internet have in common? It’s simple…what goes there, stays there, and in the case of the internet, that may not be a good thing if you’ve been accused of a crime.
In the digital age, anonymity is a commodity, as almost everything and anything about your life can easily be made public on the World Wide Web. Case in point- for law enforcement authorities, it has become an increasingly common practice to issue press releases regarding recent arrests to news agencies both on a local and national level, and these press releases often contain the names, addresses, and mug shots of the accused.
The reports can encompass nearly any legal accusation, from murder and theft to DWI arrests, and news agencies are often quick to post these on their web sites; however, they are often just as likely to neglect taking then down if an accused is eventually found innocent or the charges dropped. Indeed, most news organizations don’t even bother to check on the outcome of a case after posting someone’s mug shot and arrest report, leaving a permanent online reminder of an individual’s alleged past misdeeds, whether they are actually guilty of them or not.
Such information, when left online unchecked, can come back to haunt an individual in the future when looking for jobs or engaging in other activities that may require a background check, and for someone looking to make a fresh start in life, this can represent a difficult and unfair roadblock to their efforts to begin anew. And with the media’s typical lack of interest in removing or following-up on old police reports, if you have a mug shot posted on the web, it’s essentially up to you to get it removed if you don’t want it hanging over your head for the rest of your life.
Often, multiple news groups will publish a single arrest report, as they are usually newsworthy and represent good, free content; therefore, if someone does have an arrest record of some kind, it could require some legwork to get a news source to remove said content from their servers and, in turn, Google’s all-knowing search results.
The first thing you need to know is that police reports and mug shots is that they are considered public information; that is, anyone – from a police website to a private gossip website – can post it for any reason, and if you have a mug shot on file, a Freedom of Information Act request can have that incriminating photo released into almost anyone’s hands. That, sadly, is simply a fact of life.
However, all hope is not lost; you do have options to pursue, but the first thing you need to know is what options NOT to pursue. There are scammers out there that prey on the desperation of good people who may have simply made an error in judgment or a one-time mistake, so an important fact you need to be aware of is that any service that claims it can remove mug shots from the web by paying them a fee are typically fraudulent and not to be trusted. Yes, you can engage their services and they may make a few phone calls and send out a few emails to websites hosting your police reports, and they may find some degree of success in doing so, but simply getting one online source to comply does not mean that they all will do so. Also, remember that services these are businesses first and foremost, and if they can make money off of you, they may seek to do so however possible…including acquiring your mug shot themselves and posting it on another website, essentially blackmailing you.
Often, the best thing to try is to do some research and find out which sites have posted copies of your mug shot and arrest report; once that has been done, contact each article’s author, or the public relations department or webmaster representing the organization, and plead your case. Tell them that the charges were dropped, that you were exonerated in court, or that you have paid your debit to society and are looking for a second chance. Chances are, depending on circumstances and the individual you’re dealing with, a news group may indeed, more often than not, decide to remove your records from their website. Once this has been accomplished, it’s time to move onto the next one, and so on. And just to be clear, asking nicely often works far better than simply leading with legal threats.
Getting your mug shot removed from the internet can be a long, arduous journey, but it’s certainly worth a shot to clear your name and forge a path to a new, better tomorrow for you and your loved ones. If you’re interested in getting help along the way from an experienced, professional law firm that has your best interests in mind, please visit the website of the New Hyde Park-based Law Offices of 888DUILawyer, or call 888-DUI-Lawyer.