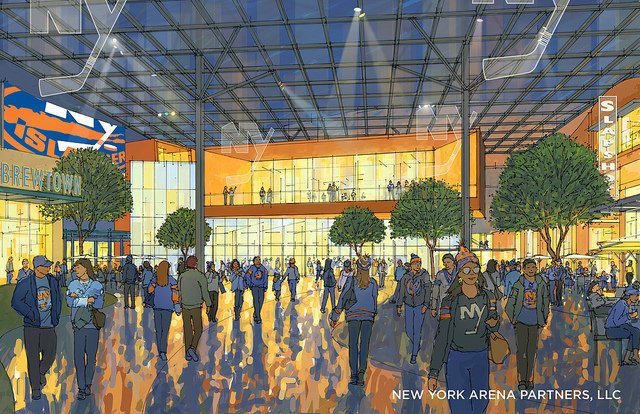 Rendering of the new Belmont Park.