The trial of a 37 year old Yaphank man who faces two counts of murder for a pair of separate slayings in Suffolk County in 2010 begins tomorrow in Riverhead, Suffolk County District Attorney Thomas ... 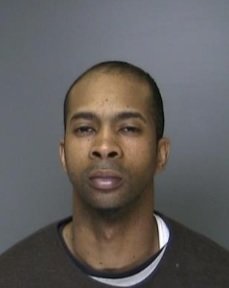 Riverhead, NY - December 17, 2014 - The trial of a 37 year old Yaphank man who faces two counts of murder for a pair of separate slayings in Suffolk County in 2010 begins in Riverhead, Suffolk County District Attorney Thomas Spota said. Opening in the trial of Reginald Ross are scheduled for 10:30 am before State Supreme Court Justive William Condon (fourth floor of the courthouse).

Reginald Ross shot construction crew flagman Raymond Hirt to death on May 24, 2010 because Ross felt the victim "disrespected" him by making him wait at a construction site on Portion Road in Ronkonkoma.

“Mr. Williams was killed because Ross had a plan to lure a friend of Williams' to his funeral, where he intended to take the life of that man too because of a disputed drug deal,” said District Attorney Spota. According to a witness, Williams begged for his life as Ross shot him in the face four times on the morning of October 14, 2010 in front of the victim’s home at 172 Geery Avenue.

DA Spota said Ross, a member of the Crips street gang, killed Hirt, 51, of Mastic Beach, because when Ross complained of being held up in traffic at the construction site, Hirt told him there was nothing he could do. “The defendant then stalked Hirt for more than a week before shooting him in the neck as the victim ate breakfast in his car on Beech Street near the construction site,” said DA Spota.

Ross faces a total of 12 counts in the indictment including two counts of murder in the second degree and charges for possession of weapons, drugs and stolen property.