All of New York’s NBA and NHL teams are taking losses into the weekend. 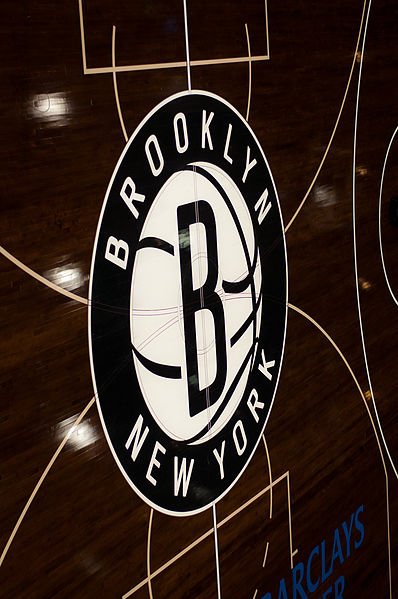 Nets Try to Rally, Lose to Pistons
Fresh off a victory over the Bucks, the Nets hosted the Celtics on Tuesday night. Boston took an early 12-5 lead and managed to pull back ahead after Brooklyn tied the score at 15, but the Nets dominated for the rest of the quarter, scoring 11 unanswered points and leaving period up 31-20.

Boston got back within 2 in the second quarter, but the Nets did not let them come any closer and left the half with a 9 point lead. An initial Celtic rally in the third was again quelled and, though Boston briefly tied the game at 60, Brooklyn still had a 13 point advantage by quarter’s end, leading the Celtics 85-72. Boston did manage to finally outscore the Nets in the final quarter, but it was not be nearly enough to come back. Brooklyn won 104-96.

Deron Williams had a game-high 25 points and Brook Lopez scored 24. Alan Anderson shot for 15, followed by Andrea Blatche and Kevin Garnett with 11 apiece.

The Nets continued their roll while at home against the Clippers on Thursday. After Los Angeles started the game ahead 10-2 Brooklyn began trying to claw at the lead, but still trailed 25-20 at the end of the first period.

Andrea Blatche turned the tables in the second quarter, scoring 10 points in a 15-8 run that put Brooklyn on top 35-33. The Clippers stayed close until Williams scored 12 points in the last four minutes of the quarter, giving the Nets a 56-44 edge. Joe Johnson helped keep LA at bay after halftime, and Brooklyn took a 21 point lead heading into the final quarter.

The Clippers had a 13-2 stretch in the waning minutes of the game, but it was not enough to surmount the Net lead. Brooklyn won its third-straight game 102-93, beating a team with a winning record for the first time in nearly a month in the process.

Unfortunately, the game took its toll on Brook Lopez who suffered a sprained ankle and was unable to play in last night’s match against the Pistons. Despite missing their star center, the Nets were able to outdo Detroit in the first quarter, leading by a point at the end of the frame. The game did not stay so close for very long, as the Pistons gradually picked apart their opponents over the course of the second quarter, eventually taking a 17 point lead and 61-44 advantage into halftime.

Brooklyn could only keep pace with Detroit in the third quarter, but they gave an admirable effort in trying to mount a comeback late in the fourth. Still trailing by 10 with just over 3:30 to go, Mirza Teletovic sunk a 3 to narrow the gap and got a rebound down the other side of the court. Blatche tipped in a Johnson jumper to make it 98-93, and after Detroit put two more points on the board Williams sunk three foul shots in-a-row.

With 11 seconds to go, Paul Pierce nailed a shot from beyond the arc to make it 101-99. Kyle Singler hit two free throws for Detroit, and Johnson missed an attempted three, ending the game in a 103-99 Piston win.

Deron Williams posted 22 points in the loss, and Blatche had a double-double on 20 points and 12 rebounds. Teletovic scored 17, and Pierce and Johnson both shot for 12.

The Nets will follow the hard-fought loss with a home game against the 76ers at 7:30 PM on Monday.

Knicks Fall Short in Boston
Coming off a humiliating 114-73 loss against Boston, the Knicks were hoping to get back on the right track in Cleveland on Tuesday. After leading 5-4 in the early going, however, New York was pummeled by a 23-4 Cleveland run. The Knicks fought back, but still left the first quarter down 31-19.

The massive deficit did not last long as Amar’e Stoudemire led a comeback in the second quarter, putting up 9 points which allowed a Carmelo Anthony layup to tie the game at 40 apiece. New York did not regain the lead, but Cleveland was only ahead by 3, 48-43 at the half.

Unfortunately for the Knicks, the third quarter went much the same as the first. Anthony kept the score close in the first few minutes, but the Cavaliers took over and pulled ahead by 16, leading New York 81-65 by the end of the period. Little changed in the fourth, and the Cavs took a 109-94 victory.

Melo led the team in scoring with 29 points, followed by Stoudemire with 15, JR Smith with 14, and Andrea Bargnani with 11.

The Knicks came home to host the Bulls the next night, opening the game with a slow pace well suited to Chicago’s defensive style of play. The Bulls led 17-15 after the first quarter, but Stoudemire and Tim Hardaway Jr. led a 19-0 run to start the second quarter. Anthony added 7 of his own to close the quarter and put New York up 46-32 going into halftime.

The third quarter was essentially a wash with both teams knocking down 22 points, but the score got a little too close for comfort in the fourth as the Bulls went on a 20-4 run to tie it at 74-74. Stoudemire broke the tie with a jump shot, and Anthony scored 7 points on free throws to close the game out. New York won 83-78 after letting a large lead slip away from them.

Anthony led the team with 30 points and 10 rebounds, backed up by Stoudemire with 14 and 9. No other Knick broke into double digits.

Following that much needed win, the Knicks headed into Boston last night to face the Atlantic-leading Celtics. They kept pace with Boston through the first quarter, trading baskets to continuously retie the score, though a last-second Courtney Lee three gave the Celtics a 29-26 lead at the end of the period.

The second quarter was not nearly so evenly matched, as Boston went on a 15-0 tear to take a 45-28 advantage. Anthony fueled a rally later in the quarter, but the Knicks still trailed by 6 at the half. The rally did not stop with the break, however, and New York shot around to open the third quarter, reclaiming the lead and going ahead by several points thanks in large part to the three-ball; they led 73-68 heading into the fourth.

New York scored the first 6 points of the fourth quarter, but they were not able to hang onto the lead. Jeff Green tied the game at 81 with 4:28 to go as Boston rallied back and took an 88-84 edge into the final minute.  The Knicks could not close back in on the Celtics, and Boston won 90-86.

Anthony scored 26 points, though his shooting percentage fell off as the game wore on. Bargnani scored 22 and Stoudemire put up 18 on 7-9 from the field.

Islanders Snap Losing Streak, Promptly Lose Again
The Islanders entered the week on a nine-game losing streak, but looked good in the first half of Monday’s match in Anaheim. John Tavares scored the first goal of the day on a power play with an assist from Thomas Vanek midway through the first period, though the Ducks were able to answer five minutes later.

Vanek put the Islanders ahead again with a wrist shot, this time getting the assist from Tavares, to go back ahead 2-1 and provide a lead which would last just over eight minutes. Andrew Cogliano tied the game after the halfway point and it remained 2-2 until the final minute of the second when Cam Fowler gave Anaheim its first lead on a shorthanded goal with 33 seconds to go. Apparently New York was still not safe after the go-ahead goal, as Corey Perry tacked on another with only 2 seconds on the clock to make it 4-2 in the Ducks’ favor.

Perry scored again on a power play in the third, and the Islanders ultimately lost their tenth straight by a score of 5-2. Anders Nihlsson blocked only 26 of 31 shots.

Tuesday’s game in San Jose seemed like it would not end any better. After a scoreless opening period the Sharks were the first on the board, taking advantage of a power play early in the second. Joe Pavelski made it 2-0 ten minutes later.

New York was still goalless at the start of the third period, but that did not last long as Vanek knocked in a wrist shot less than a minute into the frame. The score stayed put for nearly the reminder of regulation, however, with 1:37 left to play Kyle Okposo scored on a Tavares assist, sending the game into overtime at 2-2.

The OT period came and went without a goal. Vanek scored the first penalty shot in the ensuing shootout, but Logan Couture tied it for the Sharks in the second round and both Nielsen and Tavares missed their shots. Okposo came to the rescue one again in the fourth round, finding the back of the net to end the stalemate and give the Islanders their first win in nearly a month. Kevin Poulin stopped 46 of 48 shots before penalties.

The Islanders traveled to Arizona next for Thursday’s match against the Coyotes. Eric Boulton gave them their only lead of the night with a tip-in 13 minutes through the first period. A minute-and-a-half later Keith Yandle tied the game on a power play.

Arizona took a 2-1 lead early in the second period on a Rob Klinkhammer wrist shot, and Mikkel Boedker gave a similar performance to expand the spread. Mike Ribeiro scored the third Arizona goal in the first 6:15 of the second, making it 4-1.

Tavares got the Islanders back into the game with a wrist shot halfway through the frame and Okposo cut the deficit down to 1 not long after. Unfortunately, Boedker put up his second goal of the period with 61 seconds left and Klinkhammer added an unassisted wrist shot late in the third to make it 6-3.

The Islanders lost by that score as Poulin stopped 31 of 37 shots on the night. They return home to face the Canadiens at 7:00 PM tonight.

Rangers Struggle at Home
The Rangers struggled to get through the first few weeks of the year, as the spent almost all of October on the road; evidently, extended home stands don’t particularly agree with them either.

New York came into Tuesday’s game against the Predators off of two losses over the weekend. Nick Spaling put Nashville on top late in the first period, and Rich Clune doubled their lead before the period was over. Rick Nash scored the first Ranger goal 6:38 through the second with a wrist shot, but it would also prove the only Ranger goal.

Matt Hendricks putt the Predators back ahead by 2 early in the third, and Paul Gaustad knocked in an empty netter with 1:06 to go. Henrik Lundqvist stopped 22 of 25 shots on goal as his team lost 4-1.

Thursday’s game against the Blue Jackets hardly went any better. Matt Calvert gave Columbus an early edge with a snap shot 38 seconds into the game, and Artem Anisimov added one of his own 8:10 later. David Savard made it 3-0 with an unassisted wrist shot and his first goal of the season, but Dominic Moore put the Rangers on the board for his first goal three minutes later.

Following a scoreless second period, Dan Girardi snapped in the second Ranger goal halfway through the final frame, but New York would not score again. Ryan Johansen put in a security goal with just over 90 seconds left, and the Rangers fell 4-2.

Lundqvist was pulled from the game after allowing the third of thirteen shots past him, and Cam Talbot went on to block 13 of 14 through nearly 48 minutes of play.

The Rangers will try to prevent a fifth straight lost when they host the Calgary Flames at 7:00 PM Sunday night.